The Chevrolet Camaro is so engrained in American culture that it is recognizable by even the most automotive-illiterate passerby. This isn’t just the case with the latest version. Show someone a picture of any Camaro, and they’ll be able to confirm that it is, in fact, a Camaro. This fifth generation had a lot to live up to. Following an 8 year hiatus, the Camaro reemerged (in concept) in 2007 among explosions and lens flare that only Michael Bay can provide. Matching its on-screen persona, the latest Camaro is the one of the flashiest cars on the road. In the right trim, it also has the performance to back its aggressive looks.

The Hot Wheels Special Edition is just slightly less subtle than a giant yellow robot, which is to say that it draws a lot of attention. Chevrolet starts with the top-of-the-line 2SS trim and adds $7,000 of visual accessories and Hot Wheels logos to the mix. That hefty price tag gets you the RS Appearance Package body kit, rear spoiler, ghosted flame decals, and 21″ wheels that an Italian would call tricolore. Painted in unique Kinetic Blue Metallic with a matte black stripe, it’s equal parts show car and childhood fantasy. Inside, the Hot Wheels Special Edition also gets unique red stitching and large embroidered Hot Wheels logos on the seat backs. Is it worth the $7,000 price tag? If you like turning heads, that isn’t even a question.

Actually sitting in the Camaro is a different experience. The low roofline, high beltline, and thick B pillars make for reduced visibility. It’s especially noticeable when merging or changing lanes. The view forward is accentuated by the high points over the wheel arches, while the side mirrors show off the Camaro’s wide hips. It make the car feel large, bigger than the 3,860lb curb weight would already have you believe. There’s plenty of cues inside that key into the fact that this is a performance car. The cluster of gauges in front to the shifter report the car’s vital signs: oil pressure, oil temperature, alternator voltage, and transmission temperature. The screen in the gauge cluster can be set to display speed, navigation directions, or consumption information The Hot Wheels Special Edition also gets the Camaro’s heads-up display. It can be configured to show speed, a simulated tachometer, and outside temperature. It also flashes up current song information for satellite radio or mp3 players. 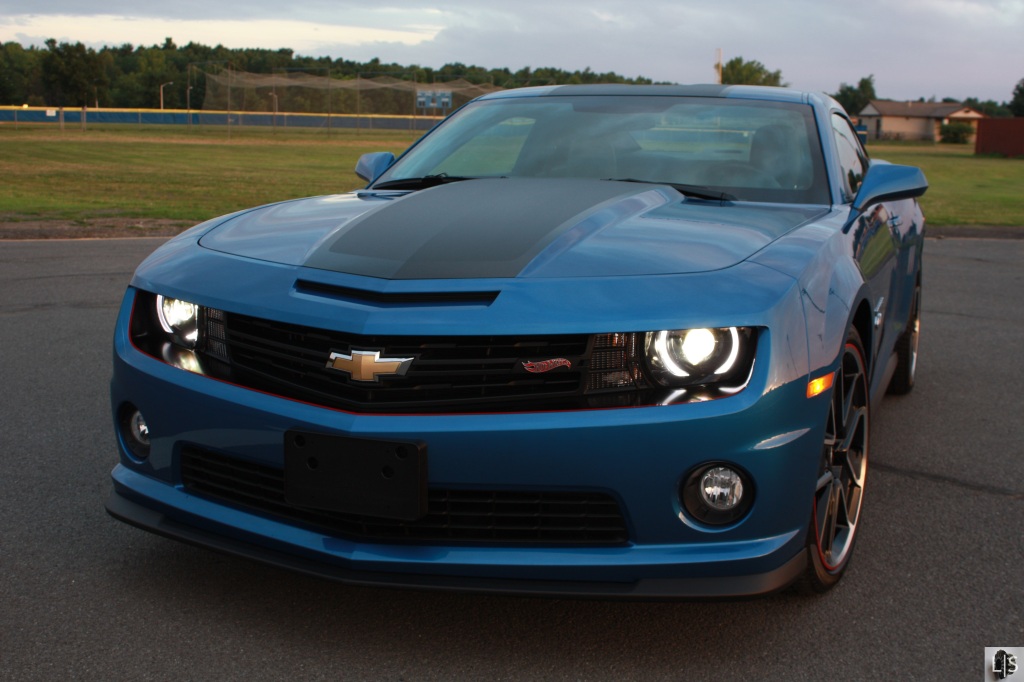 Our test car was an automatic, which means it came equipped with GM’s L99 6.2L V8 mated to the 6-speed Tap Shift gearbox. The L99 features Active Fuel Management, essentially cylinder deactivation, for increased economy. When not saving fuel, the GM big-block is capable of pushing 400hp and 410lb-ft torque to the rear wheels. The Tap Shift gearbox does a good job of managing this power. In S, it holds gears or downshifts appropriately. In manual mode, it is one of the few automatics that won’t change gears for you, allowing the engine to bounce off the rev limiter freely until you change up. Unfortunately, the L99 isn’t available with the Camaro’s sport-tuned active exhaust. That requires the venerable LS3/6-speed manual setup, like we drove when Chevrolet came to Albany back in March. That LS3 also happens to develop some additional horsepower. Being asked to pay over $1,000 for an engine/transmission combination that is less powerful and sounds less sporty is a bitter pill to swallow. Especially on a car as showy as the Hot Wheels Special Edition.

Behind the wheel, the Camaro is somewhat reminiscent of its muscle car roots. It’s very quick in a straight line, reaching 60mph in under 5 seconds. The L99’s power curve is remarkably linear, allowing the car to pull strongly right though redline. The steering is heavy but communicative. Unlike its muscle car origins, the new Camaro has both traction and stability control systems. When fully activated, they prevent wheel slip and keep the back end in check. Competition mode relaxes these restrictions to allow for a controlled amount of slip and slide. This mode is most rewarding for two reasons. First, it lets the driver use the throttle to correct the Camaro’s early understeer thought the corners. Second, it prevents the driver from applying too much corrective oversteer and finding themselves in a ditch. Should you find yourself with a craving for smoked Pirelli, however, the Camaro will let you deactivate both systems. 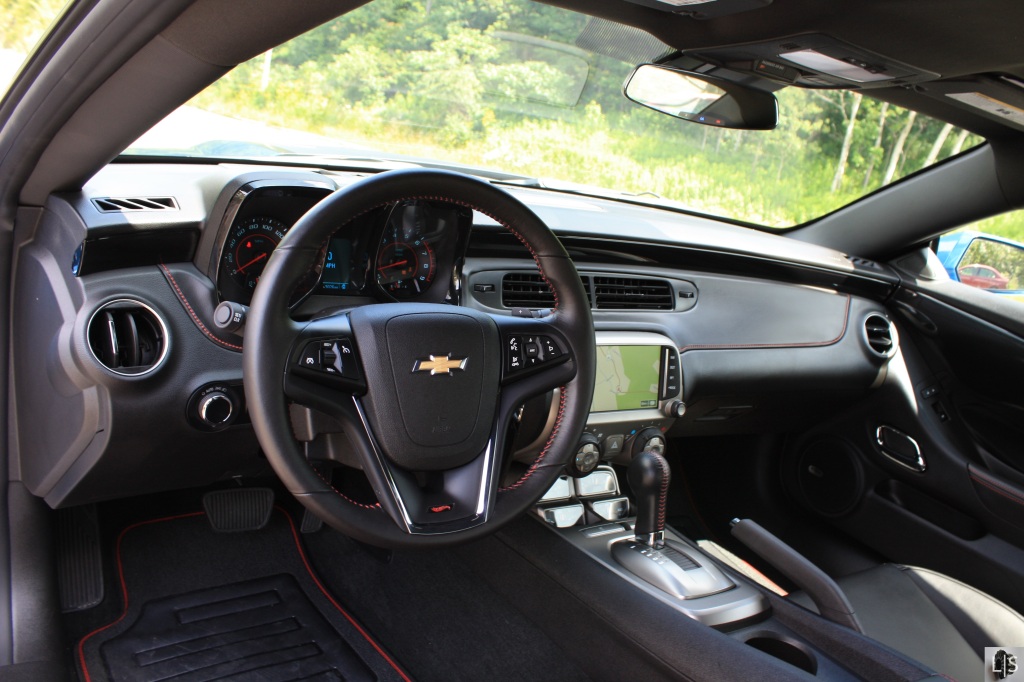 The many years of evolution and refinement of the Camaro have taken many of the surprises out of the car. There’s no hopping of the rear end, no flex of the chassis, and no sudden loss of grip. The latest Camaro could be referred to as predictable, rigid, and stable. This isn’t an indication that it also isn’t a massive amount of fun. It draws you in because of how enjoyable it is to drive, not just for its good looks. It could be a near perfect driver’s car if the steering wheel was a bit more ergonomically designed and the space between the accelerator and brake pedals was a bit larger. These issues are minor, and they certainly didn’t stop us from driving the Camaro as much as possible. Of course, all the attention it attracts may have also begun to go to our heads. The 560 miles we covered in a week doesn’t account for all the time the Hot Wheels Special Edition spent stopping to be admired. Just like the Hot Wheels cars of your childhood, the best ones are always shown off to envious friends. The Chevrolet Camaro Hot Wheels Edition pulls off that aspect perfectly. 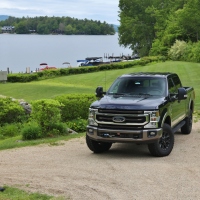