Let’s get this out of the way quickly.  Cute – it’s the word I heard most frequently when showing people the new Mini.  I suppose that, if you just saw it sitting there, you might think it is cute.  It may be just a Mini Cooper Coupe with its “baseball cap” styled roof removed, but the car has quite the endearing demeanor.  It makes the Mini Cooper S Roadster is so much more than cute – its spunky. 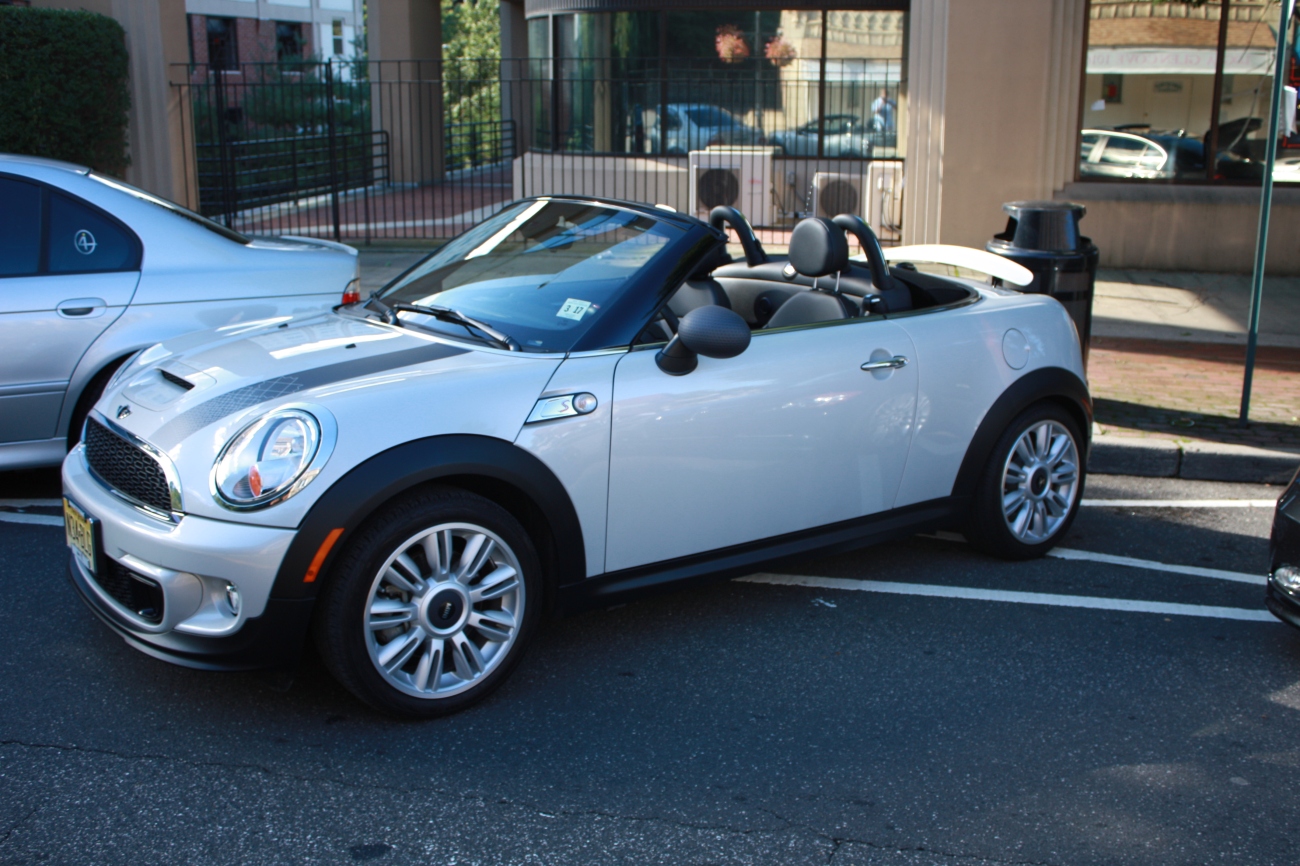 Our week with the Mini was timed perfectly, the weather forecast was fair and we were planning on attending the Gold Coast Concours.  Sitting in the Mini for the first time, it took me quite a while to adjust to the interior layout.  Part of the problem stemmed from the creative locations Mini engineers stuffed all of the controls.  The other part is because there’s a giant speedometer in the middle of the car.  Within that classic center speedo, the fuel gauge and radio display screen are nicely integrated.  The driver won’t be distracted trying to check his speed however, the tachometer mounted centrally behind the steering wheel has a digital speed readout built in.  Also attached is a silly gauge to count the amount of time you’ve spent with the top down.  For the record, we racked up over 12 hours with the top down in 6 days – not bad for Fall in the Northeast.

Even with the top up, all 6’2″ of me sat comfortably inside.  However, it seriously hampers visibility, especially over the driver’s shoulder.  When its time to take the top down, a simple twist of the handle frees the roof to be retracted back manually (powered retraction is optional) into its stored position.  The front section of roof acts as the tonneau cover, snapping the entire unit down.  A large silver release frees the secured roof should it need to be put back up.  It’s a bit awkward to do while you’re in the car, and nearly impossible with the optional wind deflector screen clipped in-between the roll bars.  You’ll definitely want that $250 option though, because it makes a huge difference in wind in the cabin.  Aircraft-style toggle switches for power controls add a nice touch.  The Mini’s seats have a BMW-level of design.  They walk a perfect line between comfort and containment for when the driving gets spunky.  Also aiding said driving is a well-bolstered steering wheel.  Hand controls for radio and Bluetooth functionality are clearly borrowed from Mini’s Bavarian cousins, as is the radio with satellite and iPod connectivity. 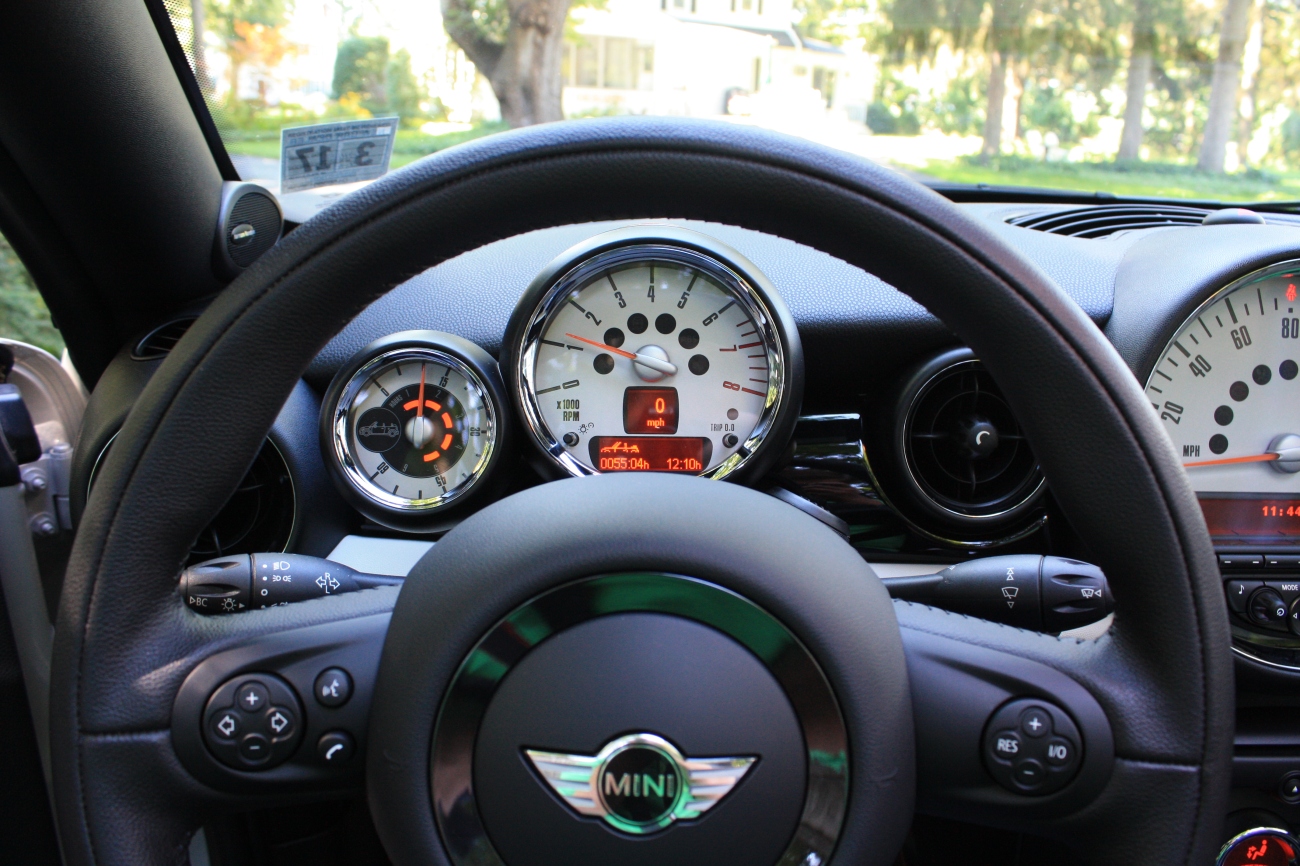 The Mini Cooper S Roadster is the lightest drop-top Mini available, weighing only 77lbs more than a standard Mini Cooper S.  That extra weight isn’t really noticeable either, mostly because it all went into strengthening the chassis.  It’s weight well spent, because the Mini handles like a go kart instead of a wet noodle.  You’re further spurred on by the 181hp put out by the 1.6L turbocharged engine.  Mated to a six speed manual, the car takes off with determination and continues to push all the way to its 6500 RPM redline.  The standard four-banger exhaust rasp is present at all times, leading to a drone in  cabin if you have the top up.  Additional spunkiness can be summoned with the Sport button, activating the over-boost function and tightening up the steering ratio.  This puts the car in attack mode, with razor precision and quicker reactions all around.  It even plays an amazing trick with the exhaust, leading to the most grin-inducing retorts of backfire on throttle-lift.  As an added benefit, the rear spoiler rises at 50mph, or at the command of the toggle switch, providing an added dose of aggression to the Mini’s appearance.  When speeds drop below 30mph, it retreats back into the trunk lid, relinquishing aggression for rear visibly at low speeds.  This Mini loves to be seen and heard.

Our trip to Bimmerstock took us on one of the best roads in country, the Taconic State Parkway.  This two-lane road winds its way up, over, and around the local topography of the Hudson River Valley.  The Mini put on its best performance, giving us one of the best driving experiences we’ve had in a while.  The willingness of the engine, the balance of the chassis, and the precision of the steering and brakes let you use 100% of the car on public roads.  This isn’t something you can usually do with a high performance car, and that’s what makes the Mini so special.  All that, and the Mini still managed to average 29.9mpg on the trip. 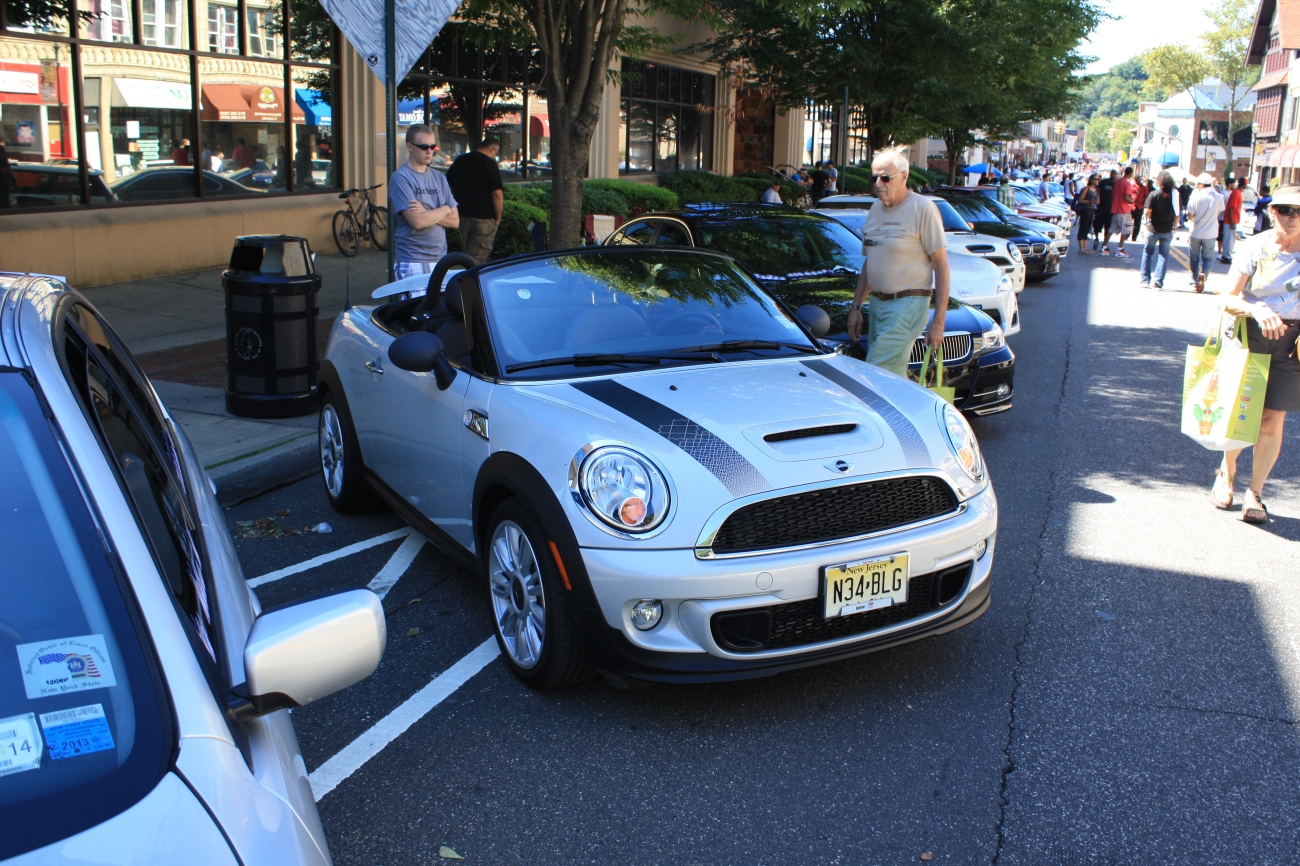 The most interesting part of bringing the Mini to a car show was gauging the reactions of the crowd.  We met people who remembered the original Mini and found the center speedo nostalgic.  It also drew the eye of some envious young ladies.  Current Mini owners took note of the Roadster and some of its “Mini Yours” extras.  In total, our test car had $1,850 in optional appearance, including wheels, stripes, side mirror covers, and contrasting interior panels.  This doesn’t include the  $500 White Silver metallic paint, a sharp looking and thankfully gender neutral color. One of the more novel appearance options that happens to be standard is the multi-colored interior lighting.  With the press of a button, the lights transition through the colors of the rainbow, allowing for a custom glow in the cabin to match your mood.  I can’t say I ever wanted a purple-lit interior, but it was nice to know that I could if I felt so inclined.  Our Mini also came with the $1,750 Premium package, $500 Harmon/Kardon premium sound system, and the Bluetooth and iPod connectivity that cost $500.  This drove the as-tested price to a steep $33,650.  Good news, most of these options have dropped in price for 2013.  With that said, our Mini was still only a stone’s throw away from the price of a BMW 128i convertible or an Audi TT.  Can you have as much fun in either of those? Possibly.  But you’ll be missing the spunk that comes with the Mini Cooper S Roadster. 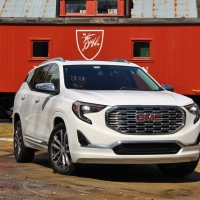