The Jeep Grand Cherokee Overland ECODiesel is where eco-friendly meets rugged off-roading fun. With an increase in environmentally conscious consumers, manufacturers have been revamping their models to accommodate such needs. Jeep has accomplished this by introducing an optional diesel V6 into the Grand Cherokee for 2014. With suitable changes both on the exterior and interior, it brings positive attention to a vehicle that has otherwise flown under the radar since its last redesign. 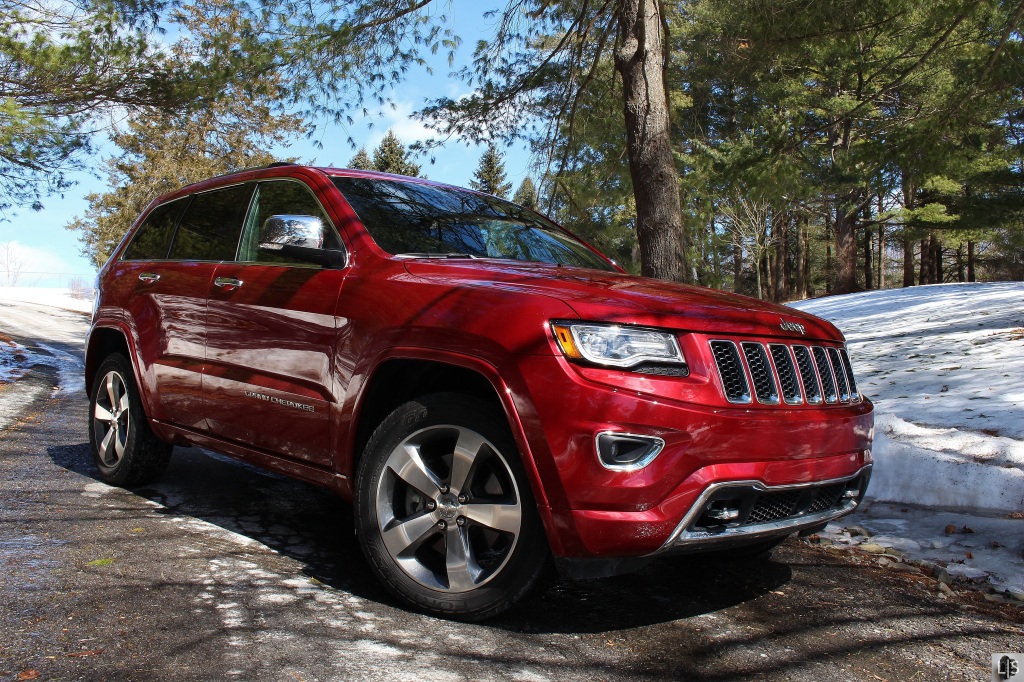 The Grand Cherokee’s exterior is an appealing one. Its upgraded 20-inch wheels, Bi-Xenon HID headlamps, LED daytime running lights, and LED taillights really make it stand out. It’s not humdrum like some of the other SUVs on the road right now. It carries a solid presence on the road, which is partially due to the bold LED light design—it’s unlike anything else out there. The rear aerodynamic spoiler and chrome bright-work on the front fascia add some refinement.The Grand Cherokee balances its look between rugged and refined for those consumers looking for the tough Jeep reputation with some added comforts. In Deep Cherry Red, there’s an added dose of sportiness about it. 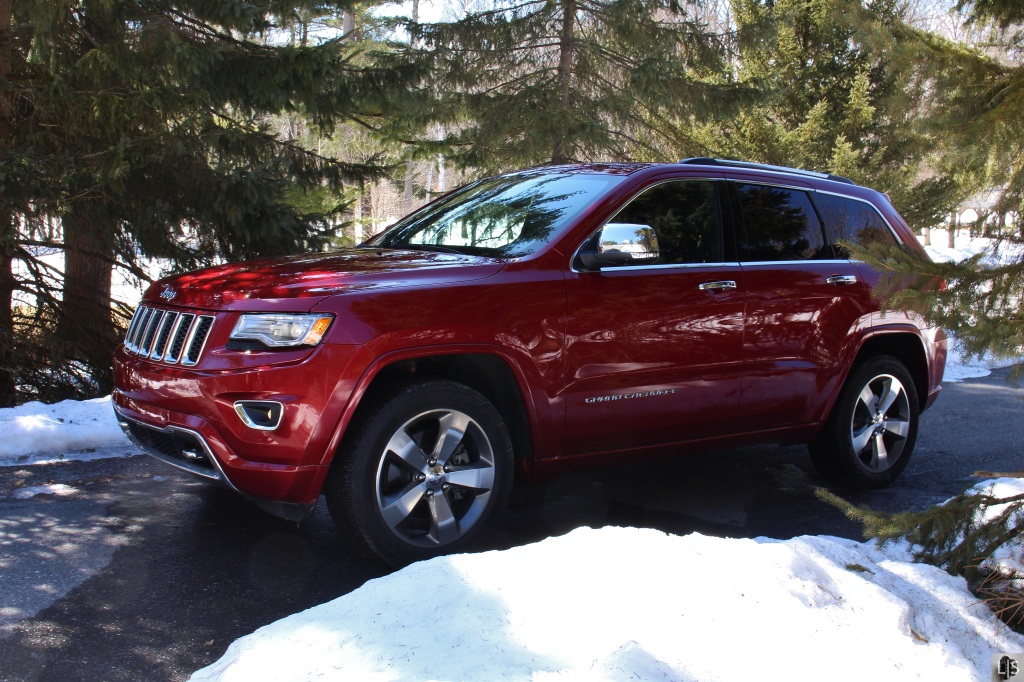 Inside the 2014 Grand Cherokee Overland, you’ll notice more refinement and some upgraded technology. Chrysler has incorporated an 8.4-inch touchscreen for climate , media, and navigation control. It wasn’t entirely foreign to us, since we had previously experienced it in the 2014 Dodge Durango R/T. It’s a relatively easy system to use, but occasionally required an extra tap on the screen in order to activate a control. Front heated and ventilated seats keep things just right for front passengers. Rear passengers needn’t worry in the cold weather either—they’ll have heated seats too. The Grand Cherokee is also one of the few SUVs on the market that hasn’t entered the 7-passenger realm which is refreshing. Most manufacturers have jumped on that bandwagon. It’s nice that there are still a few SUVs out there that offer a good balance of second row room and cargo space without automatically thinking we need an extra row of seats.

The new diesel 3.0-liter V6 is a great improvement for the Grand Cherokee lineup. However, it does have a distinctly diesel sound when idling compared to the 2014 Volkswagen Touareg TDI we drove late last year. As is true with all diesels, massive low-end torque provides most of the oomph; 420 lb-ft of it (with 240 hp). It’s a very capable engine for daily driving, offering a 730 mile range. That meant we managed a whole week without pulling into a gas station. In the eyes of a consumer, that is a big draw for the diesel option. Over the course of the week, we averaged 22.6 MPG on some decidedly cold Upstate New York days. You certainly don’t feel as if you’re sacrificing power with the diesel option. The engine is very responsive and the eight speed transmission shifts smoothly. Although when it’s idling, it does vibrate more than we would expect. As SUVs go, it takes corners in stride on, leaving the driver feeling confident through corners. The overall ride is quiet and comfortable, making the Grand Cherokee Overland a joy to be in whether you’re in the front or back seat.

Today, there are plenty of choices as to what SUV or crossover you can buy. It’s a competitive market, but we  can tell Jeep takes the time to scout out what consumers want. The 2014 Jeep Grand Cherokee Overland delivers on the ruggedness you come to expect from the Jeep brand while maintaining a luxury feel throughout the cabin. The new ECODiesel engine fits the Jeep’s character well and provides increased efficiency. With its air suspension, you have the ability to drive on muddy trails fearlessly and later drive through pothole filled city streets comfortably. Even if you’re not a diesel fan, give it a try, we promise you won’t be disappointed.