We interrupt your regularly scheduled content for a gratuitous photo post. This Sunday, we made our annual trip to the small Long Island town of Glen Cove. For the last 4 years, we’re risen early and made the 3 hour drive to to attend the Gold Cost Concours/Bimmerstock. It’s always worth it. The town center shuts down, leaving a two-block radius open for nothing but show cars and spectators. The show raises money for the Diabetes Research Institute and draws a collection of cars unlike we’ve witnessed anywhere else. Last year, over 600 cars turned out and raised over $80,000 for the DRI. UPDATE: This year’s show raised over $79,000 for the DRI with a turnout of over 600 cars. This year, the weather was a perfect 68°F and sunny; turnout was huge. As we navigated the maze of carbon fiber and horsepower, a definite theme developed. This was the year of Lamborghini.

Yes, not one, but two Lamborghini Aventador LP720-4 50° Anniversario. In a town filled with 1 Percenters, 1% of the entire production of 50th anniversary special editions were in attendance. 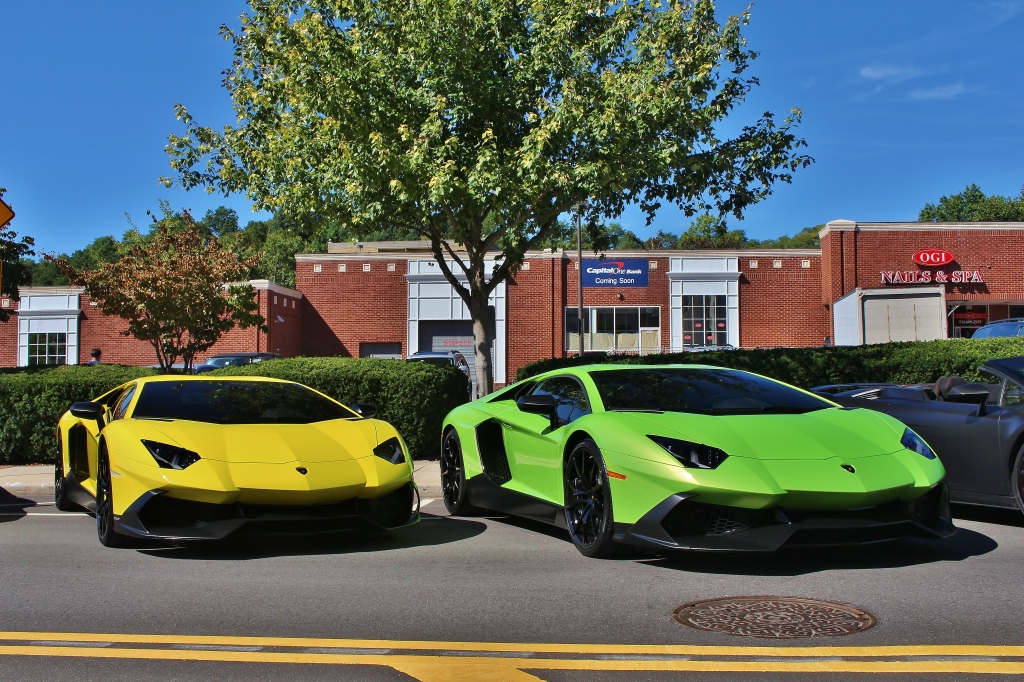 STOP THE PRESSES! You thought 2 of 200 was rare? This is a Koenigsegg CCXRs. It is one of four in the world. One. In. Four. 25% of the global population of Koenigsegg CCXRs’ were in attendance at the show. Everything else paled in comparison. Christian Von Koenigsegg is a mad scientist and this is one of his monsters.

As we began to walk around, we drifted back to reality. Moving away from the center of town, there was an entire block of Lamborghini Gallardos. After the last 10 minutes, this seemed all a bit more…attainable. Keeping with the overall Lamborghini theme, there were more Aventadors and Murcielagos parked elsewhere. 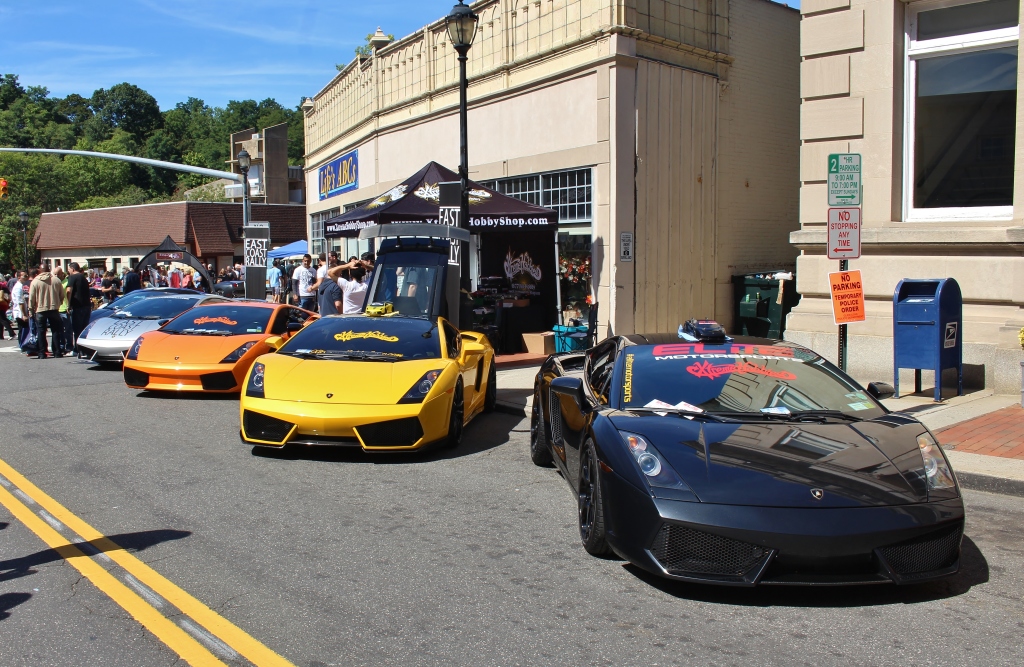 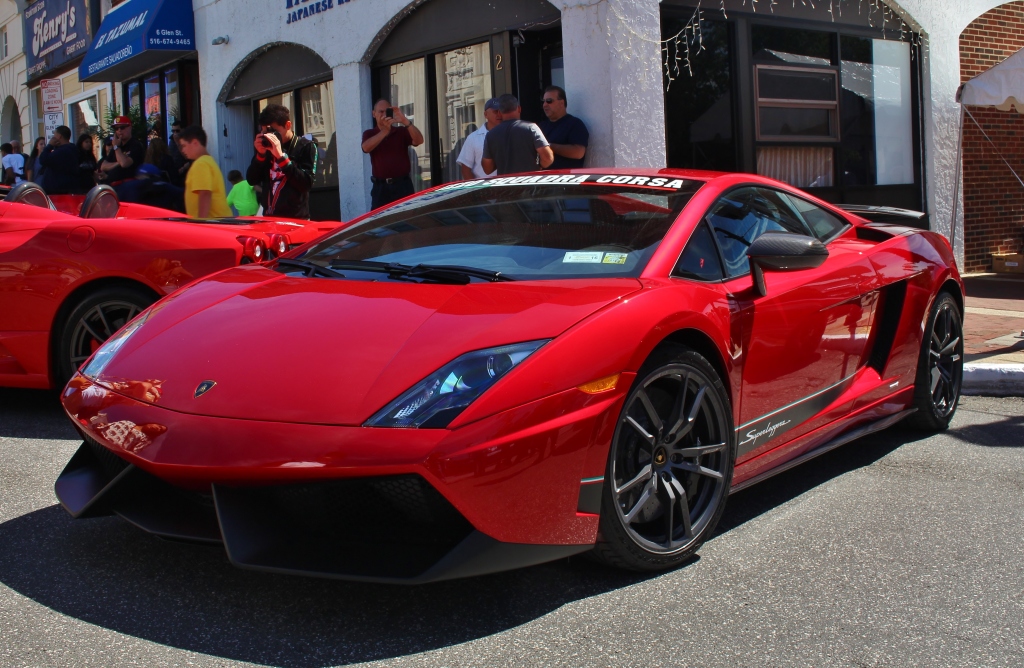 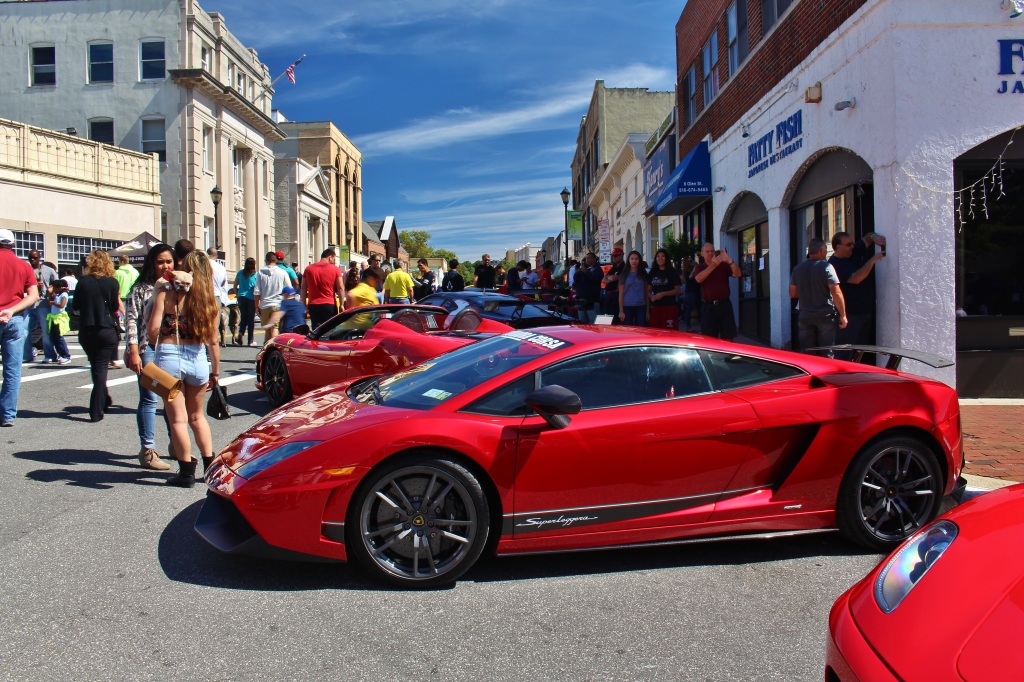 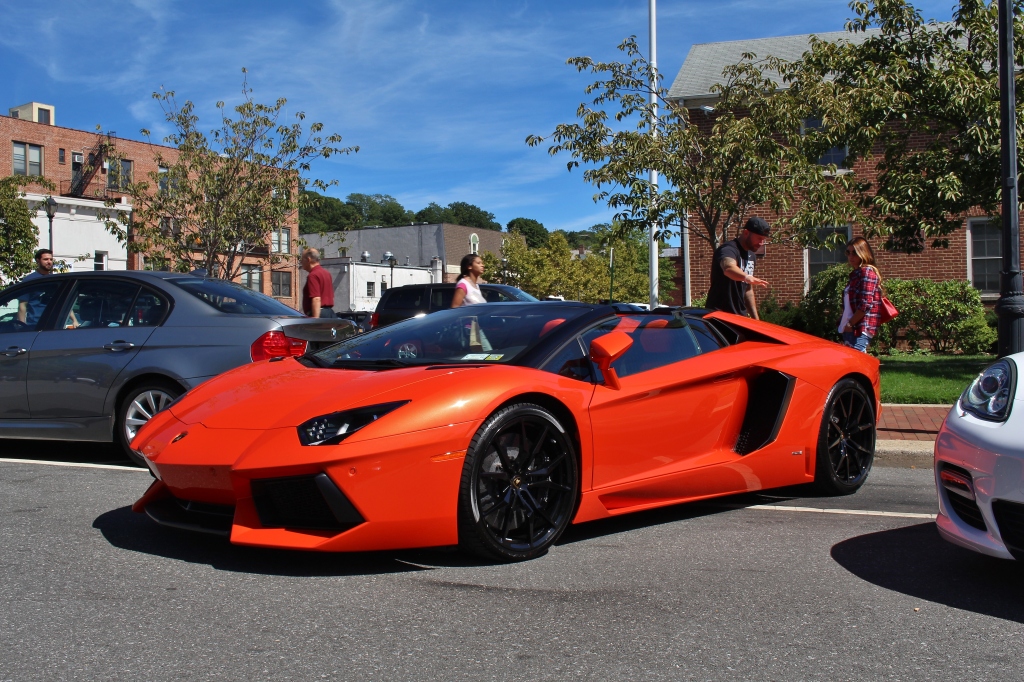 We’ve never seen so many Lamborghinis in one place. Thankfully for the fans of the prancing horse, the show did feature a handful of Maranello’s best. The odd F430 Scuderia and 458 were accented by a beautiful F12 Berlinetta. 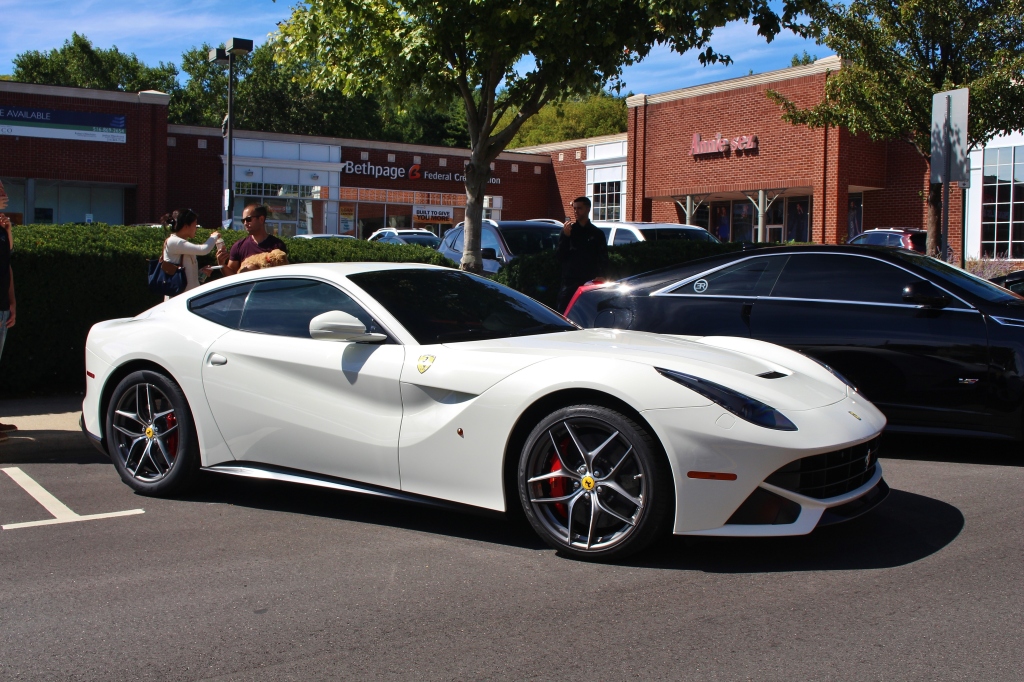 Of course, zee German contingent can’t go without mention. Half of the show space is dedicated to BMWs. With so many exotics on hand, we found ourselves and our M3s relegated to the outer fringes of the show space. Some of the highlights included a rare BMW M1, a smattering of new Porsche 911 GT3s, and yes…a red chrome-wrapped Mercedes SLS. 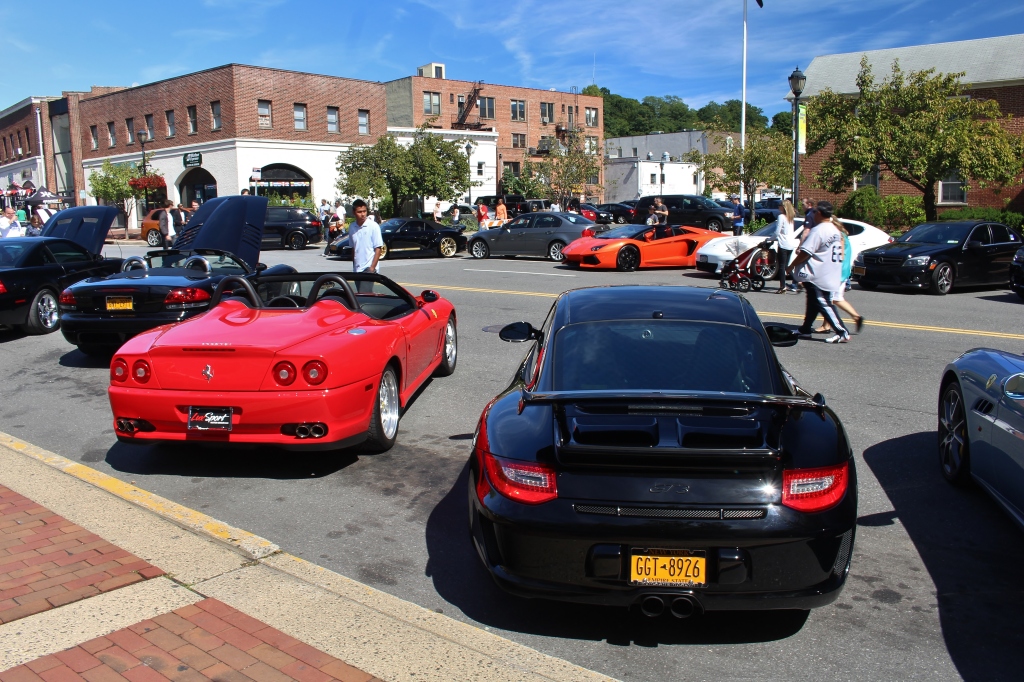 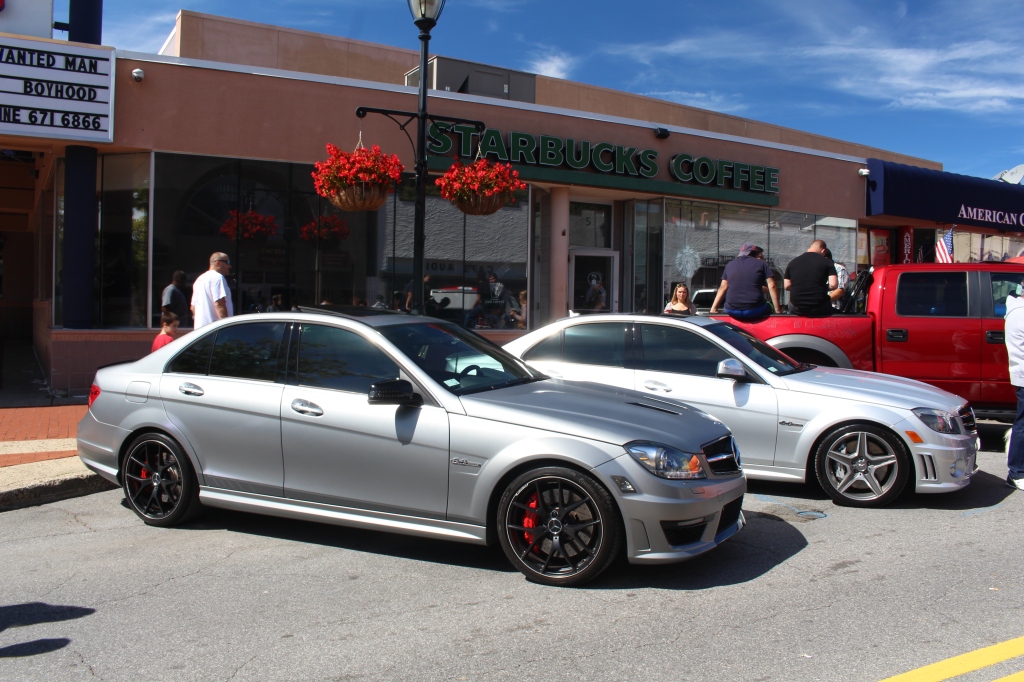 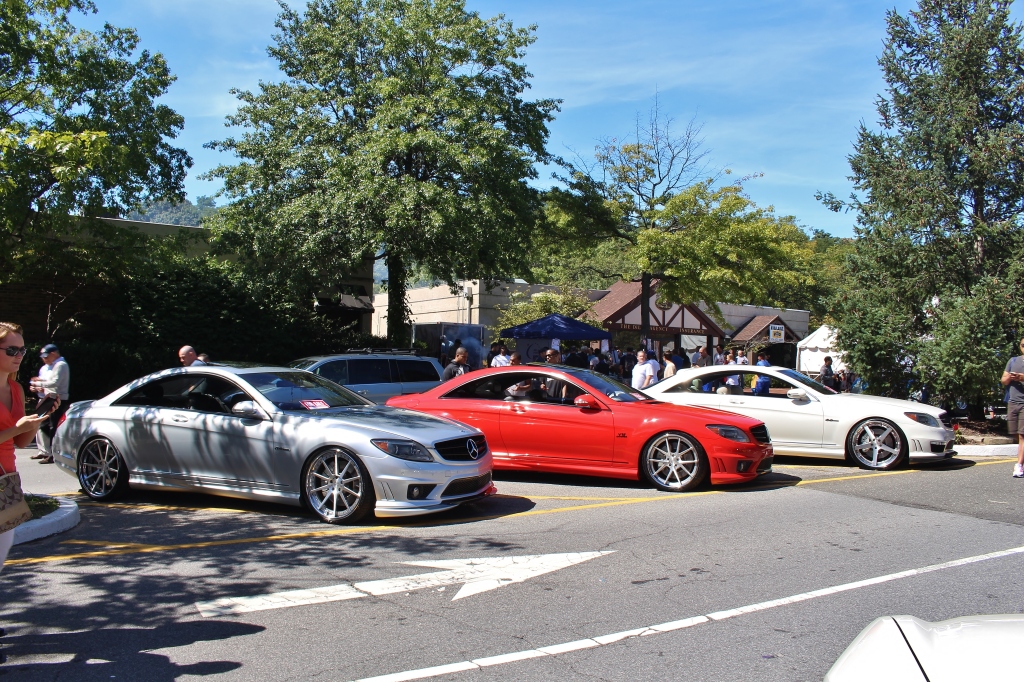 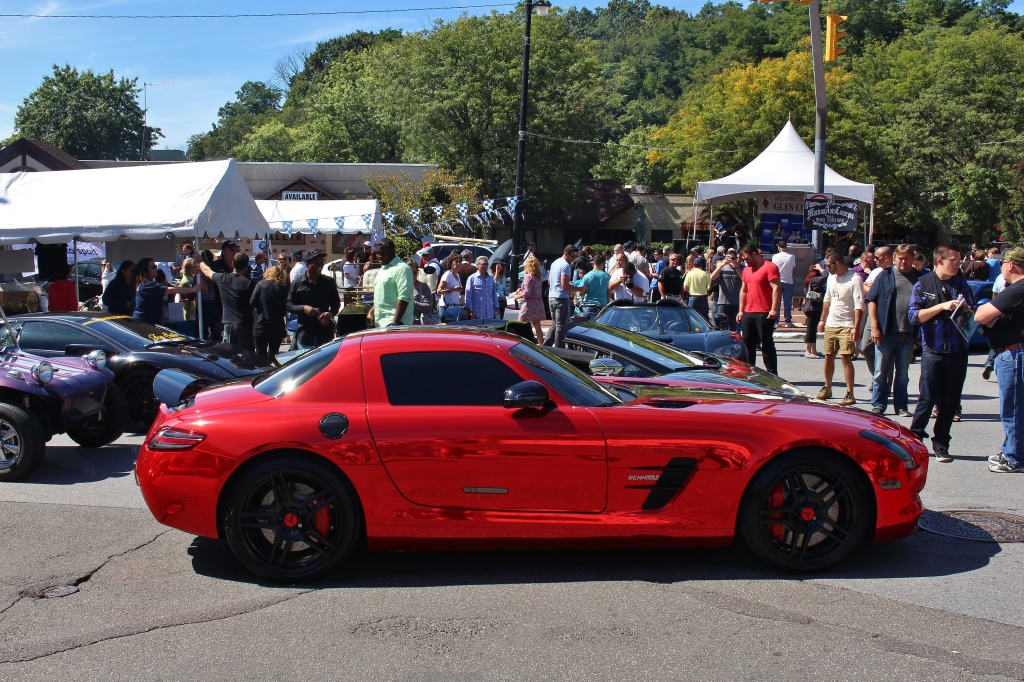 Not to be outdone, some sophisticated British engineering was on-hand. Our vote for best-in-show would have to be the Bentley Brooklands Coupe. That level of class and sophistication was a breath of fresh air from some of the glitzy aftermarket wheels and in-your-face wrap jobs. 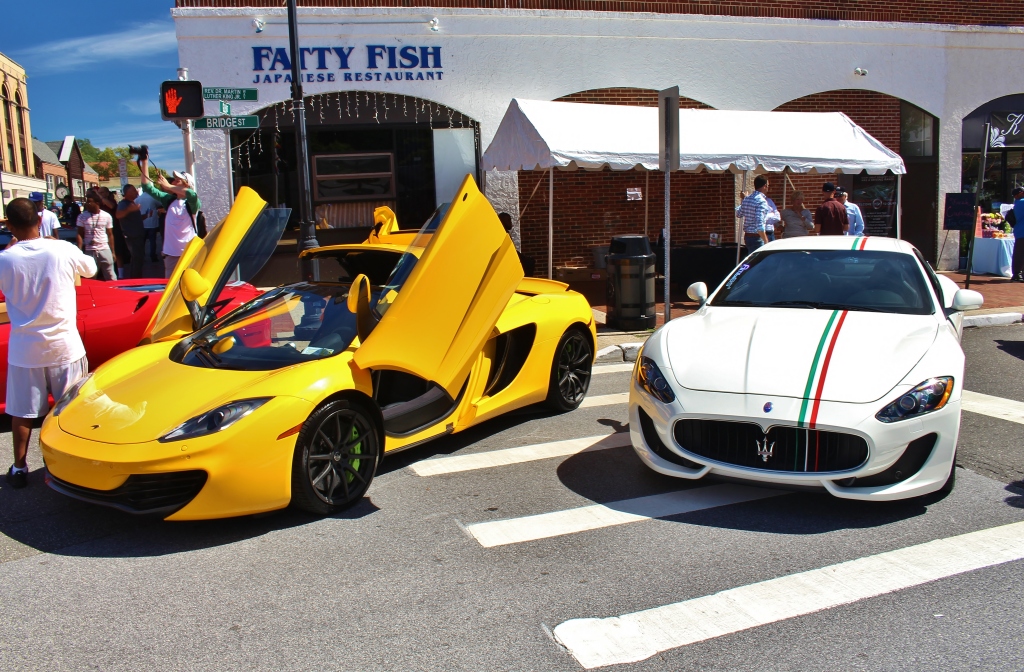