Sedans have fallen out of favor with today’s consumers. Now, compact SUVs and crossovers are the way of the present and future. It’s no wonder that all automakers are jumping on board and developing their own version of the compact SUV. Unlike other companies, Volkswagen is no stranger to this segment. In fact, the Tiguan has been around since 2007. But over the past decade, the Tiguan never seemed to be America’s first, second or even third choice. That’s most likely due to their more European style and appeal. But, in an effort to change, the Tiguan has been completely redesigned for 2018. Has it been appropriately “Americanized?” 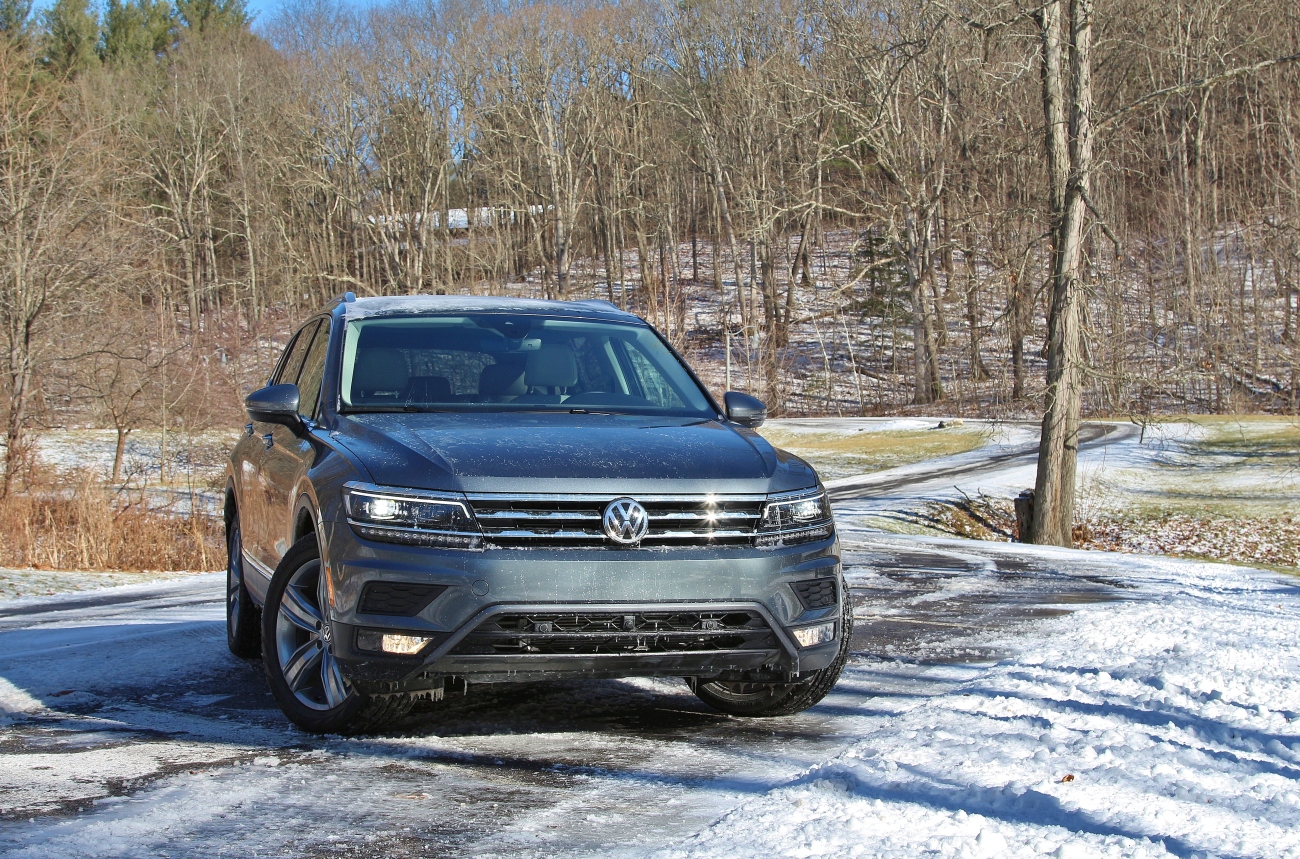 Well, for starters the Tiguan has grown 10.6 inches longer. Now it has one of the longest footprints in the segment.  Volkswagen’s entire lineup is known for refined and clean lines; the Tiguan has that and more. The Tiguan now has a lower and wider stance than before and depending on trim level, it’s equipped with other fine features including: LED lighting, adaptive front lighting system, chrome exterior package, rain-sensing wipers, power-folding exterior mirrors and an Easy Open power lift gate. Each trim level is equipped with specific wheels making them easy to identify. In keeping with what consumers are after, they’ve emphasized utility by making roof rails standard and the front of the vehicle has a 26-degree approach angle. Although I don’t see the Tiguan being much of an off-road vehicle, I suppose it’s the thought that counts.

The interior has received a full makeover. This is what really sets the Tiguan apart from its competition; the third row is a huge selling point. One cannot hide the truth, it’s a snug fit! But the second row bench slides 7 inches forward, making the third row quite usable for kids and even small adults in a pinch. The large speedometer and tach with a multi-function computer are standard but there’s also an available digital cockpit display. It allows the driver to customize the display and view the navigation right from that screen. The infotainment system has also improved with a brighter 8-inch screen and better response time. 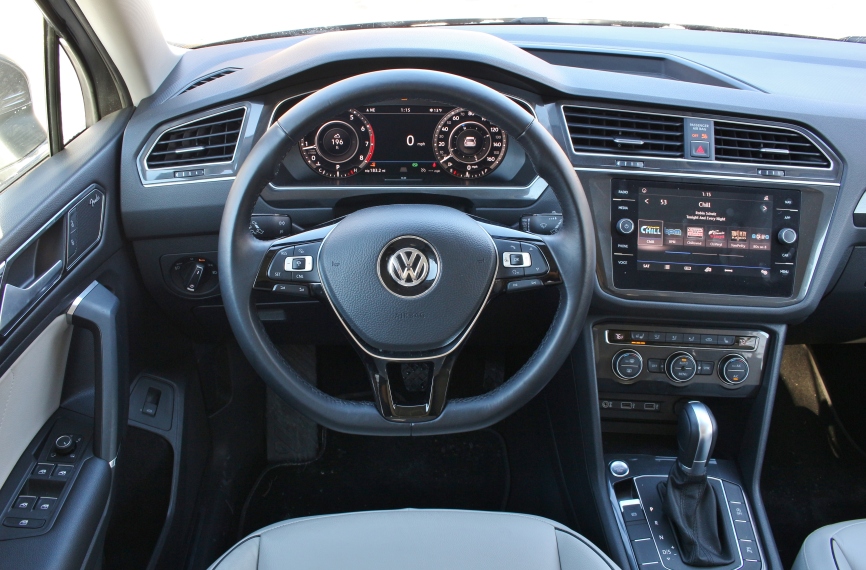 With the larger size of the Tiguan, Volkswagen had to make some sacrifices to handling and performance. It has lost most of its athletic edge. However, it makes up for it with comfort and improved fuel economy. The turbocharged 2.0-liter four cylinder has received an update with a variable valve timing system. So, depending on load size, it can switch between short and long valve opening. Overall performance is a little sluggish but that’s due to some turbo lag and efficient-minded gearing. The Tiguan does have an excellent ride quality though – quiet and plushy. While 4Motion all-wheel-drive is an option, we made due with a front-drive Tiguan in a very snowy week without any issue. 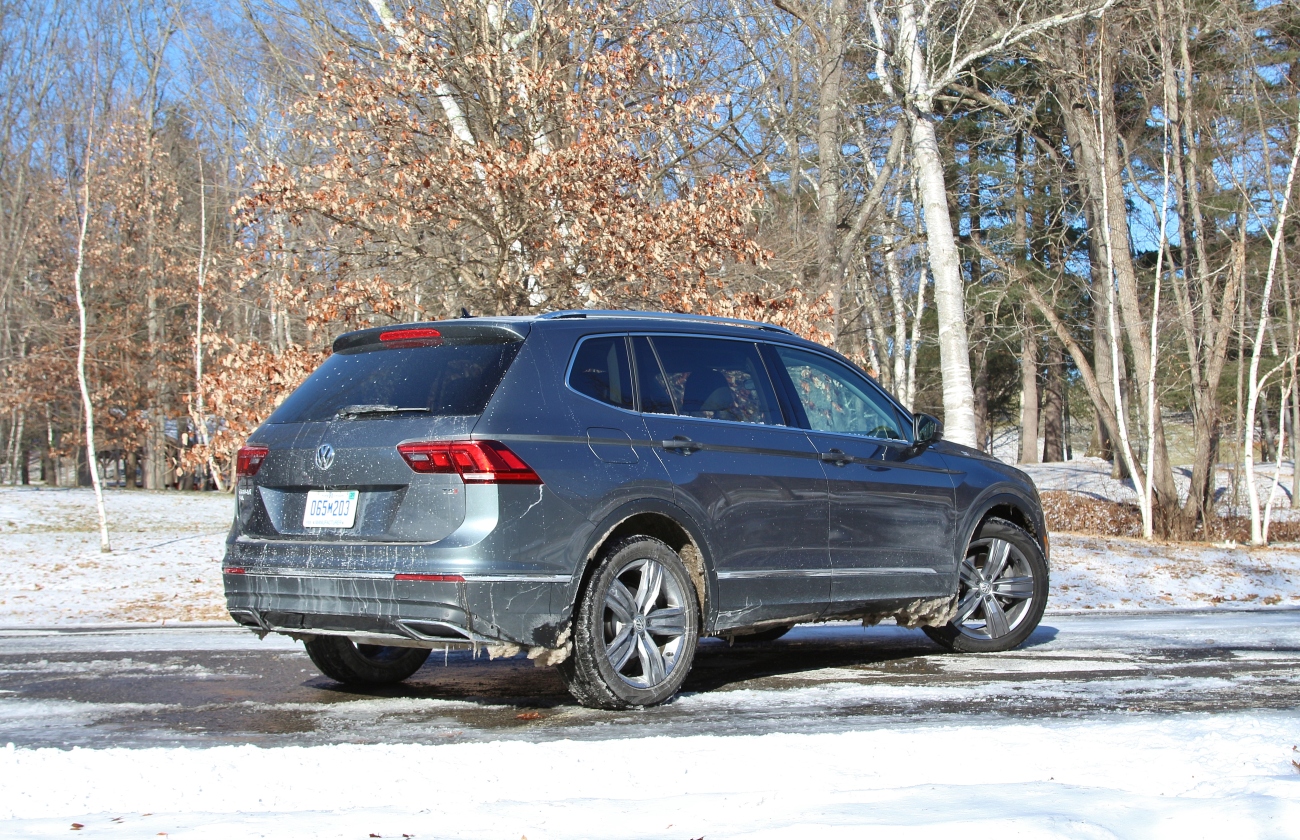 The redesign of the 2018 Tiguan shows that Volkswagen took the consumers concerns and desires to heart. The small SUV segment is booming; now Volkswagen will be able to get a bigger piece of the pie with their quiet, comfortable, efficient and tech savvy Tiguan.