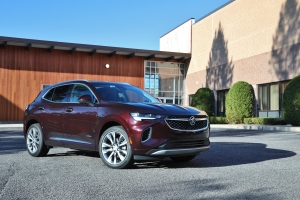 While the first generation Envision wasn’t much of a looker, this new one certainly exudes a presence of upscale, forward thinking design. 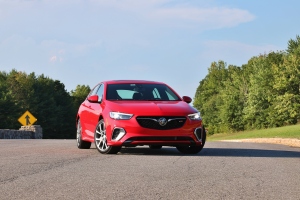 The shining star of the Regal GS is how it handles. The steering, suspension, brakes, and even the all-wheel-drive system all work in tandem to make it happen.

A brand new station wagon from Buick…what year is it?! The answer is 2018 and Buick is offering a long-roof variant for the first time in more than two decades; the all new Regal TourX.

The 2014 Regal GS is a turning point of our opinion in Buick. The brand has been doing all they can, new styling, a focused marketing campaign, and different leasing programs to convince buyers that Buicks are just for pensioners anymore. We’ve noticed the change in Buick’s design, […]

This time last week, the 2014 North American International Auto Show was getting underway at the Cobo Center in Detroit, Michigan. For the US automakers, Detroit is their hometown and this show is their time to show off their best and brightest to the world. It only felt […]

Hours ago, we arrived in Detroit for the 2014 North American International Auto Show. Today’s ten-hour road trip covered over 600 miles and crossed four states. Buick was kind enough to provide a 2014 Verano Turbo for the trek. As we found out, the Verano turned out to […]

– Christopher Little We’re beaten, we’re exhausted, and we’re absolutely fine with that.  Over the last two days, we’ve traversed the Javits Center to catch newly unveiled models, sit in just about every car possible, and meet some really great people (more on that in a later post).  […] 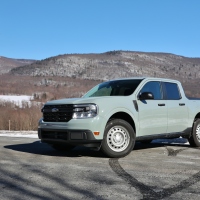