Kia ranks as one of our favorite up-and-coming brands. Their cars have continually exceeded our expectations. I was equally impressed with the value and comfort of the new Forte and the luxury and styling of the new Cadenza. The Kia brand has made quite transformation over the past few years. There is no better example of this than the Kia Sorento. Now in its third generation, the Sorento has evolved from an unimpressive pupa into a very handsome butterfly. With all the updates made for 2014, is the Sorento more than its pretty face? 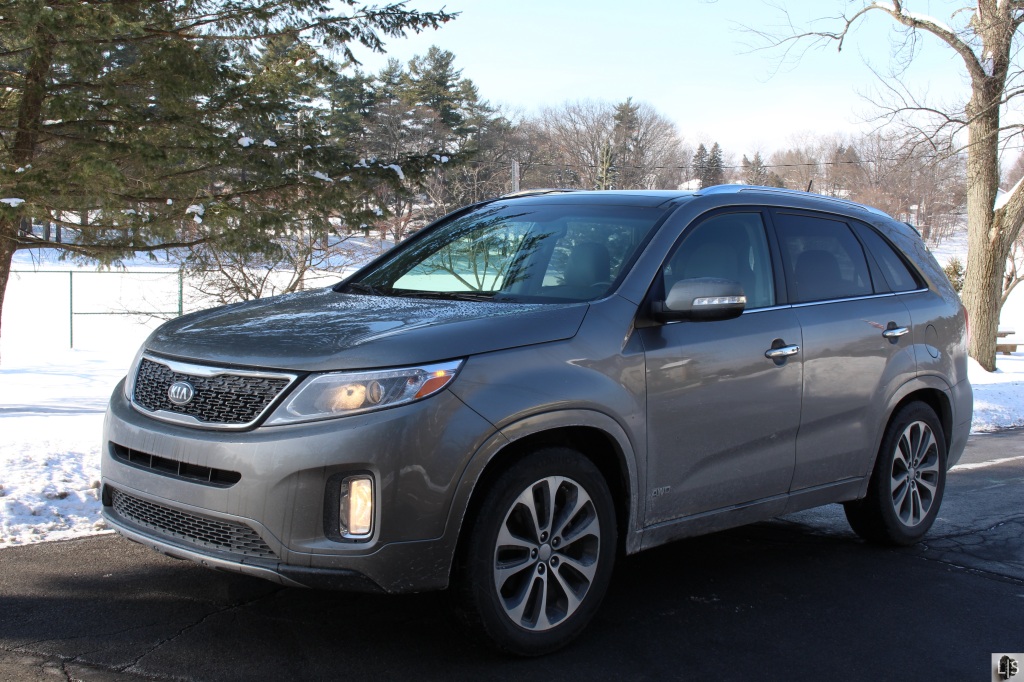 Our Kia Sorento tester wears a titanium silver exterior over a gray interior. We can’t blame the grayness of the Kia for the gray weather that seems to be sticking around. For 2014, Kia claims a redesign, but the long list of changes add up to more of a major refresh. On the outside looking in, there are only a few subtle changes. The front fascia and grille have been redone and the Sorento has been fitted with front and rear LED accent lights. With the SX trim level, the wheels are upgraded to 19” alloys. The Sorento has an elegant look with its smoothed edges around the front and then sweeping clean lines moving towards the rear. Although they’re not on all the time, its added LED lights in front really solidify the upscale exterior design.

Mechanically, Kia has made some significant changes for 2014. The Sorento’s old 276hp V6 has been replaced by an updated direct-injected, 3.3-liter V6 that offers an additional 290hp and 252lb-ft torque. However, the smaller 2.4-liter four cylinder is still standard on the LX trim level. We were glad to see our tester arrived in SX trim, sacrificing the minor difference in fuel economy in order to have a bit more power.

Kia has also made changes to the body structure and improved the front and rear suspension. The stiffer body and new suspension brings a noticeable improvement to the Sorento’s handling and  ride comfort. The Sorento isn’t nimble, but it’s very sure-footed and allows the driver to feel confident behind the wheel. The Kia’s sound dampening materials makes for an exceptionally quiet ride. Kia also developed a great suspension that absorbs bumps effortlessly but doesn’t feel wayward in tight corners. 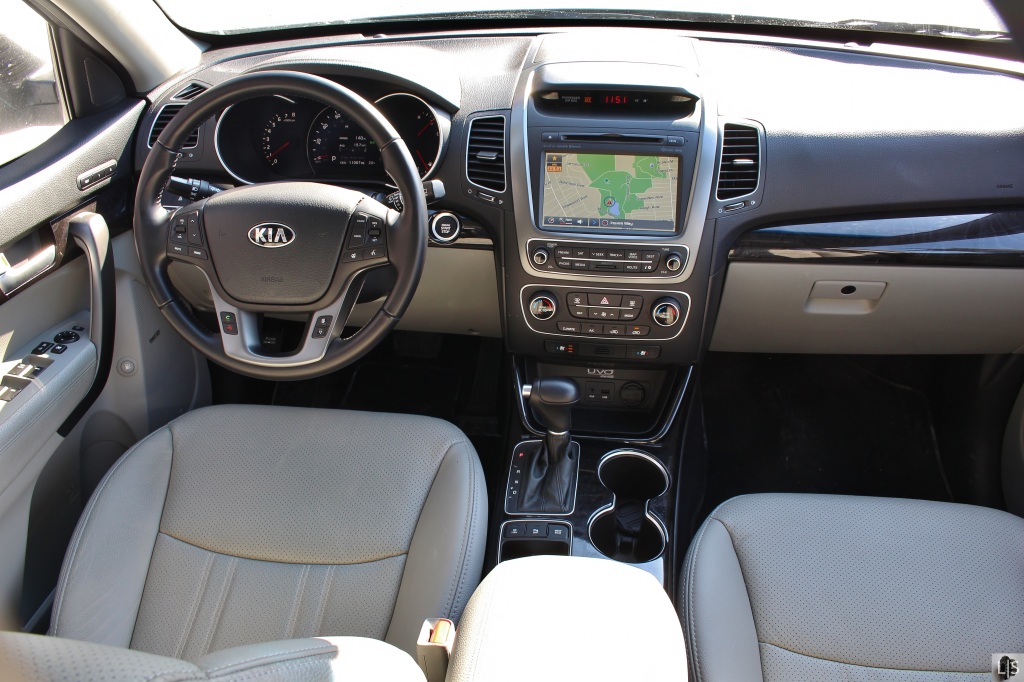 On the inside, the 2014 Sorento continues to impress between the upscale feel and available technology. The leather interior is comfortable with a quality feel. The only disappointment was some of hard plastic found throughout the cabin. While plastics are to be expected, some of the larger panels felt cheaper than the leather-wrapped wheel and well-adorned center console would lead you to believe. The UVO system, exclusive to Kia, has been updated, making its operation completely hands-free. They’ve also made some upgrades to the now-larger 8″ touchscreen. Its menu had a face lift, making it a bit easier to use with better graphics. While our Sorento arrived with no optional equipment, there is an interior lighting kit which would be a $450 must-have on my list. Beyond that, the SX come very well equipped without any optional extras. The Infinity sound system, blind-spot monitoring, and large panoramic sunroof are all standard equipment.

During the 10 days of driving, the Sorento managed a combined 20 mpg, which is right on target with the EPA. Perhaps we could have beat estimates if it wasn’t for the arctic temperatures. Thankfully the Kia’s heated seats and steering wheel kept that arctic chill out of the cabin. Between the standard technology and overall qualify feel for the price, the Kia is a very attractive mid-size crossover. The new, more powerful engine and upgraded UVO interface are welcome improvements. The Sorento is most definitely a crossover of substance and not simply a pretty face. 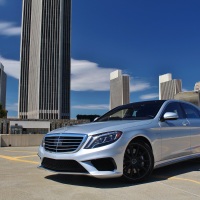 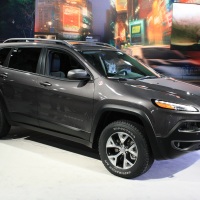