Day 1 of the New York International Auto Show 2014 has drawn to a close. The morning began with a keynote address from Ford COO Mark Fields and ended with a celebration of the 50th Anniversary of the Ford Mustang. In between the bookends of Ford Motor Company events where a host of North American and global debuts. Here’s the shortlist of the one’s we believe had the biggest impact. 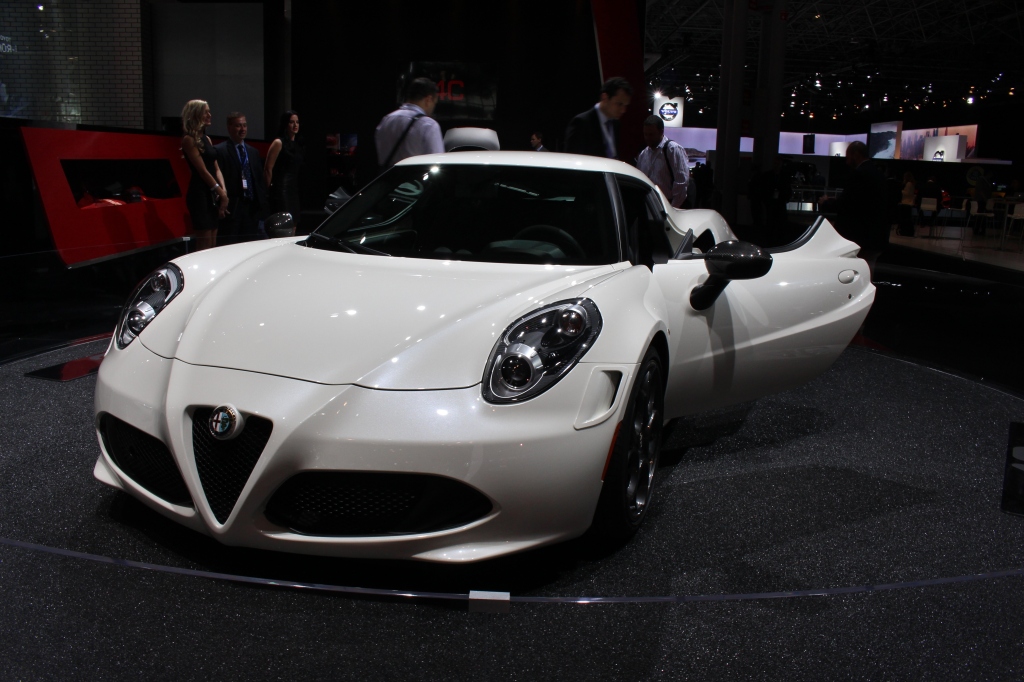 The Alfa Romeo 4C is big news as a small mid-engine sportscar. But the biggest news here is that this car, a brand new Alfa Romeo, is sitting on US soil. For the first time since 1995, Alfa Romeo will offer a car for sale in the US. We knew this day would come; Alfa announced their intention back in 2010. But we held our breath as delays pushed back the arrival date. Now that this white 4C sits in front of us, we can finally celebrate. Welcome back, Alfa Romeo.

Earlier this year we were in Detroit for the debut of the new Corvette Z06. Now, three months later, we find ourselves looking at the Z06 Convertible. The same engine, chassis, and transmission choices still apply, so you can have some go with all the top-down show. Interestingly there are no roll bars on this particular convertible, and we were surprised that there weren’t any offered. Chevrolet assured us though that the coupe will be the go-to car for the track enthusiasts. Even if this topless version of “the Big Nasty” isn’t track-ready, it’s most definitely the best new convertible on the market. 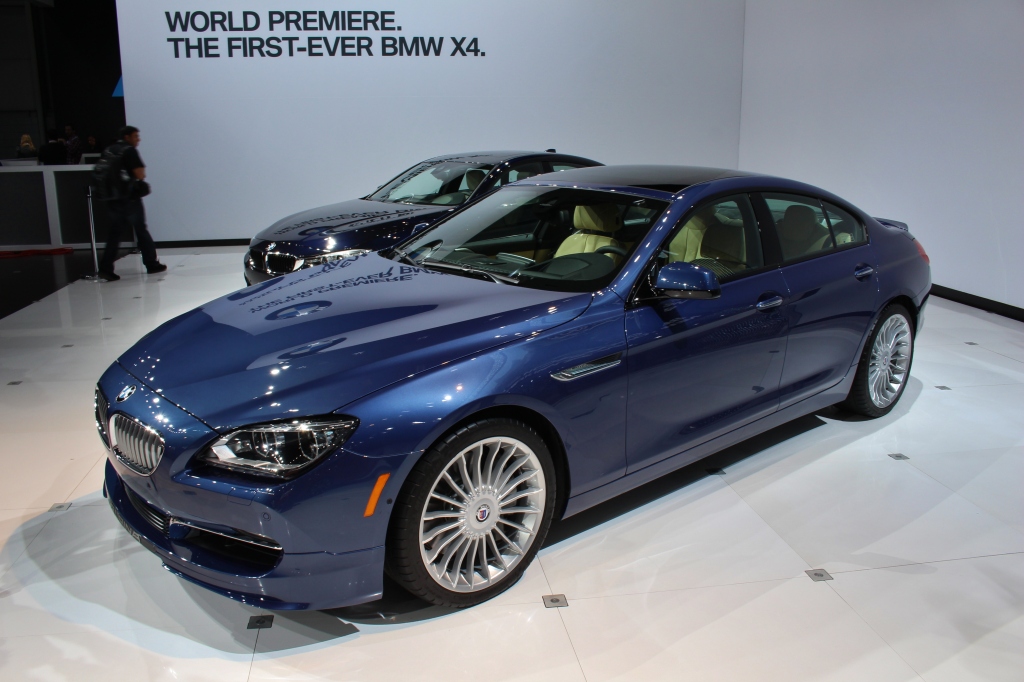 The team at Alpina are known for doing some very nice things to big Bimmers. We won’t discourage a tuning company from adding more luxury and more performance. Now they’ve tried their hand at the BMW 6 Series Gran Coupe. After all, what could be more exclusive than a gone-over sedan version of  a coupe version of  a sedan? Alpina starts with a BMW 650i xDrive. When they’re done with it, it makes 540hp and 540lb-ft torque. With the xDrive AWD system and the 8-speed automatic transmission remaining untouched, the B6 will actually outrun BMW’s own M6 Grand Coupe to 60mph. For $118,225, Alpina throws in the special body kit, 20″ wheels, and a hand-stitched leather interior. 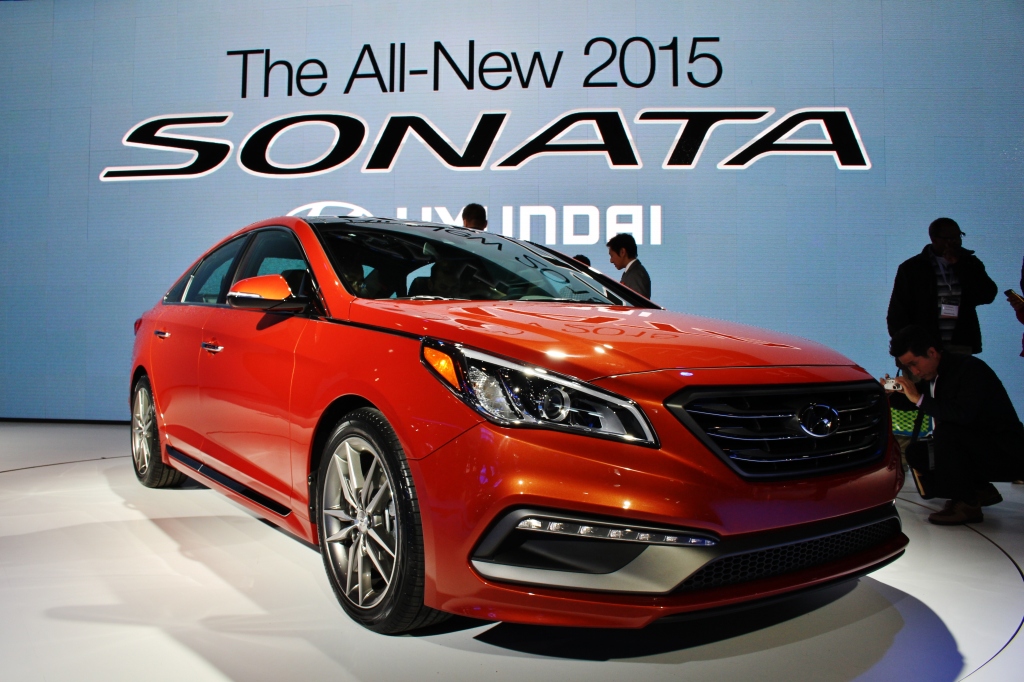 The Sonata has grown up with a new, attractive, redesign. Sophistication comes to mind, inside and out. You’ll notice LED daytime running lights with available HID headlights and LED taillights, bringing the Sonata up to speed with its competitors. The suspension has been upgraded to improve the overall handling, steering response, and stability. New technology and driver safety aids have been added as well. With several new engine options, Hyundai is going after a wider market. However, we’re most interested in the new Sport 2.0T trim line, featuring darker wheels, grille, and trim accents.

A lot of changes have been made between the end of the CL and the return of the S-Class Coupe. Today, the curtain was pulled back on the most powerful version, the S63 AMG Coupe. It has an aggressive new look featuring advanced lightweight construction, shaving off about 140 pounds for greater efficiency and performance. Fuel consumption has not been disclosed, so time will tell if there’s been any improvement…though we doubt anyone willing to write a check for one of these monsters is concerned with fuel costs. For the first time, there will be the option to add AMG ceramic high-performance composite brake system over the standard AMG brakes. Production will start with an even more exclusive model, called the “Edition 1.” These models will come finished in Magno Alanite Grey matte paint and have real Swarovski crystals in the LED headlamps. Fancy!

There’s a long-running “insider” joke that true auto enthusiasts really want a brown diesel-powered station wagon with a manual transmission. If that’s true, then enthusiasts should be lining up outside local VW dealerships to order a brown Golf TDI Sportwagon. Well, almost. The Golf unveiled in New York is still technically a concept car, but there isn’t much that doesn’t look production ready. If we’re being honest, this VW is a highly appealing do-everything car. The Sportwagon is extremely practical at moving people and cargo. The TDI engine is, as we know, very efficient. VW’s 4Motion AWD system means that the car will be usable year-round even in the toughest conditions. Finally, the optional manual transmission and R-Line body kit add sporty looks and character. That combination makes it exciting, even to the enthusiast. We’ll take ours in blue.