The 2014 Toyota Highlander: a mid-size SUV with a do-it-all mentality. With a whole new look inside and out, it’s drawing in consumers and we’re seeing more and more on the road. Since 2001, when the first Toyota Highlander debuted on a modified Camry platform, has been a popular presence. 2014 marks its third generation and the Highlander has grown, getting wider and longer, to stay competitive in the mid-size market.

Some crossovers lack style and appeal, but not the new Highlander. It has smooth, unobstructed lines from front to back. The rear styling is surprisingly reminiscent of the 2014 Mitsubishi Outlander we tested late last year. Toyota is following the industry trend, grafting a familiar face to their SUV/Crossover models. The Highlander is no different, receiving a somewhat pouty front fascia. The Crème Brulee Mica exterior will be a popular color. The beige/gold/green paint will hide dirt with ease. You also get the benefit of never standing out of the crowd. Ever.

The new Highlander is available with either a 2.7L four or 3.5L six-cylinder engine. V6 models are available either as FWD or AWD. It adds a host of welcome upgrades like an Entune audio system with navigation and leather trimmed seats. The higher, Limited, trimline adds more technology and larger 19″ wheels. One feature of note, while the Highlander’s power liftgate was exceptionally slow to open and close, the flip-open rear glass was helpful. It’s not a feature you see on SUVs any more, and its extra convenient when you want to get something in the car quickly.

It’s clear Toyota spent a lot of time thinking about the interior. It’s very simple, but very ergonomic and convenient. The buttery hue of the Almond leather interior is inviting. Hard plastics found in the previous Highlander have been replaced with softer surfaces and stitching along seams. The Highlander is one of the few vehicles in its segment to seat eight (also an option). The retractable sunshades and sliding second row are  great conveniences that many families will appreciate. The 8-inch touchscreen functions well, but suffers from the same problem all the models have. Toyota’s Entune interface looks and feels dated.

The storage in the Highlander is unbeatable. The sliding doors to the center console make access easy and the shelf on the dashboard is unique as well as functional. Someone was really thinking here. We haven’t found a more useful storage feature in any other car. It’s perfect for all sorts things, and even features cable management to access the USB and audio ports on the console below. You can conveniently charge devices on the go without cluttering the cup holders or console tray. Under the console armrest, you’ll find a storage cavern which will hide just about anything. 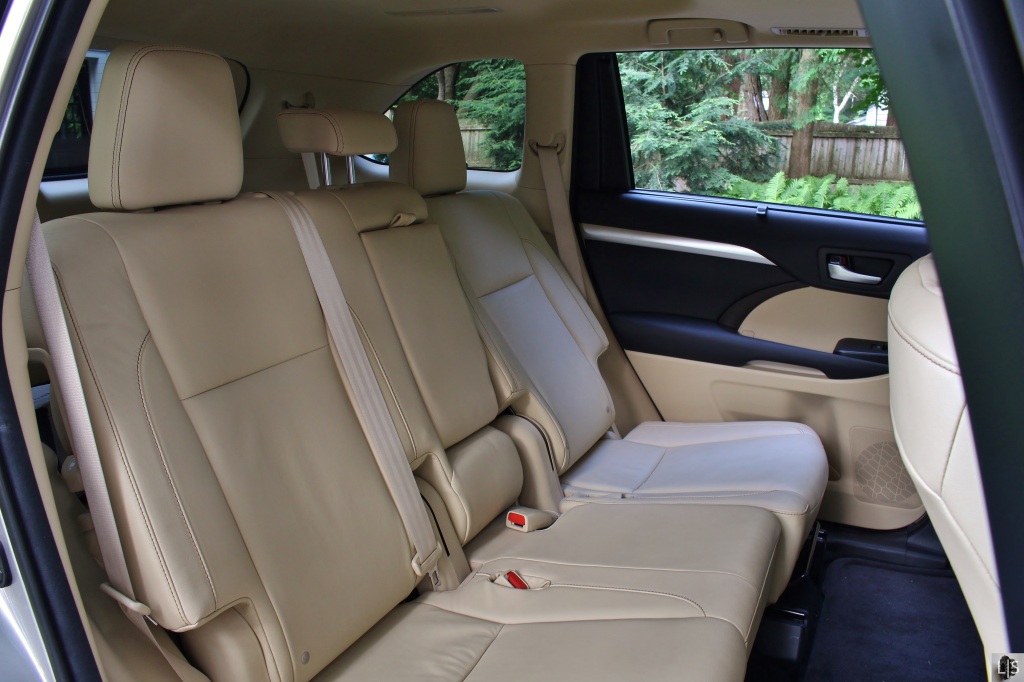 The driving experience has improved but it matches the visual attributes of our tester. The new Highlander is buttery and smooth. These are good attributes in the mid-size SUV world. Behind the wheel, it certainly feels large but it shouldn’t intimidate anyone. While moving, there’s very little cabin noise, only an annoying whistle emanating from the window seams. The soft suspension handles well on the bumpiest of roads and behaves well on the highway. The V6 in our tester is definitely the way to go. With 270hp and 248 lb-ft of torque, it will put the sluggish 2.7-liter four-cylinder to shame, especially considering the negligible 1 mpg difference in fuel economy. It even comes rated with a 5,000 lb towing capacity. The Highlander V6 AWD fuel economy is estimated at 18 city and 24 highway with a combined 20 mpg. Our week of testing resulted in an average just over 20 mpg. That’s far better than our average with the V8-powered Dodge Durango R/T.

The 2014 Toyota Highlander – from its new appearance to its smooth ride, is like butter. Some buyers don’t need any extra excitement in their lives and this new Highlander is just the SUV to fit the bill. But what the Highlander lacks in excitement, it makes up for with features. The thoughtfulness that went into the new design is evident. The recessed storage shelf built into the dashboard and the flip-up rear window that has disappeared from the modern SUV are welcome additions. The third generation proves it will do the sweet talking and work its way into many driveways. 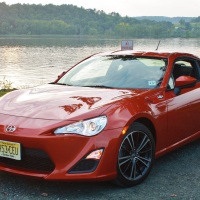