Gas is fairly cheap at the moment, so SUV and truck sales are booming. But there is still a demand for hybrids, as well. And we all know that cheap gas doesn’t last forever. The all new and first-ever 2020 Toyota Corolla Hybrid is here. Combining Toyota’s hybrid drivetrain technology with a platform we’ve come to admire, the Corolla Hybrid looks Prius buyers in the face and asks why would you buy anything else? 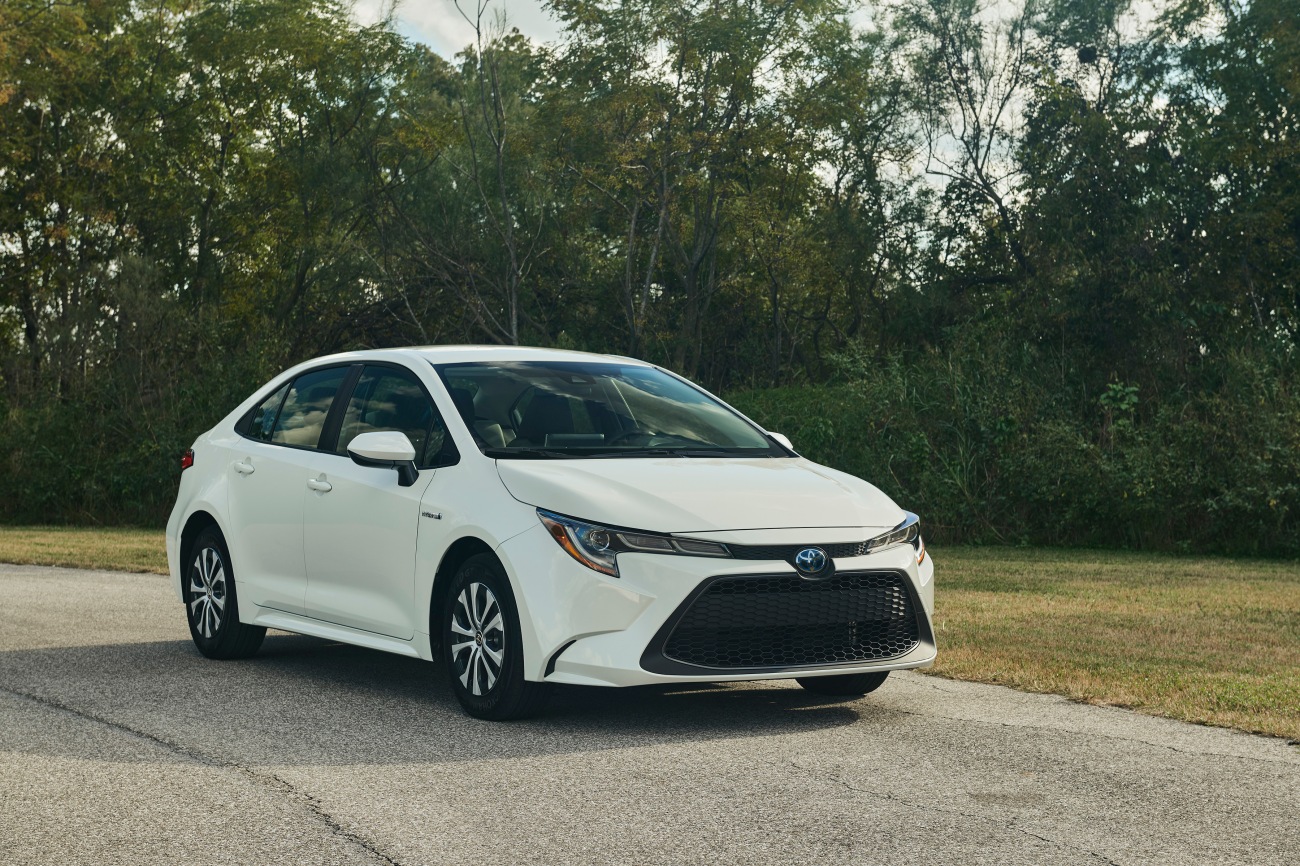 Firstly, let’s all admit to ourselves that the Toyota Prius isn’t all that great looking. Sure, there’s an all-wheel-drive Prius now, and it is certainly larger than the Corolla. But what if you don’t need the space, especially with the Prius C gone, and you just want to commute? Well, this Corolla may be the best option so far. Rated at 52mpg city, 53mpg highway, the 2020 Corolla Hybrid is certainly frugal. After our week with the car, it returned an even-better 56mpg in over 500 miles of driving.

The hybrid system is nothing new, as it is shared with the larger Prius. The 1.4L four cylinder makes 121 horsepower and 105 lb-ft of torque by itself, but is mated to the electric battery for some extra horsepower and torque. The power is adequate and you can get up to highway speeds quick enough. The CVT does cause the engine to drone under acceleration, but with the hybrid powertrain it tends to be less of an issue. We surprisingly, at first, really enjoyed the new Corolla chassis during our week with the Corolla hatchback. We’re happy to say the Corolla sedan, even in hybrid form, was still plenty agile in the corners. Suspension is never harsh, and the 15″ eco tires aren’t the grippiest of compounds, but there is still some fun to be had, especially when coasting through some bends and utilizing the well turned regenerative brakes. 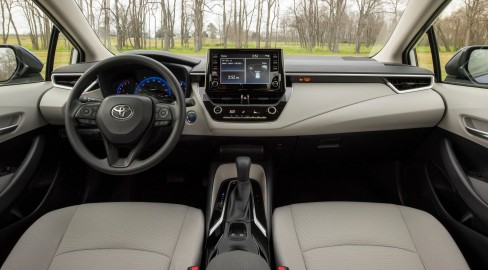 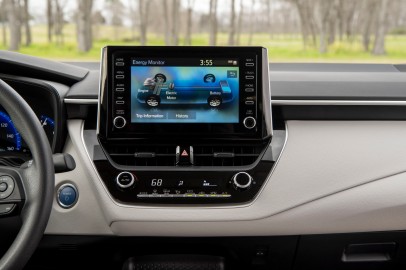 During our week, the Corolla spent a lot of time in EV mode. Whenever in traffic, or even on level grades of the highway, we weren’t using any fuel. The efficiency of the powertrain is an engineering marvel, especially when you start to notice just how much time the combustion engine spends not running. We were simply astonished when our week of testing yielded the 56mpg figure. The interior of the car is very quiet and comfortable, with the nicely laid out digital driver display and center screen. Our LE model, the only trim level, still manages to leave out Android Auto, and is missing some vital creature comforts, such as heated and power seats as well as blind spot monitoring. Perhaps it would be beneficial if Toyota threw some of those things in for the $3,000 upcharge for the Hybrid. If it proves popular, we’re sure that higher trim levels could come along soon. 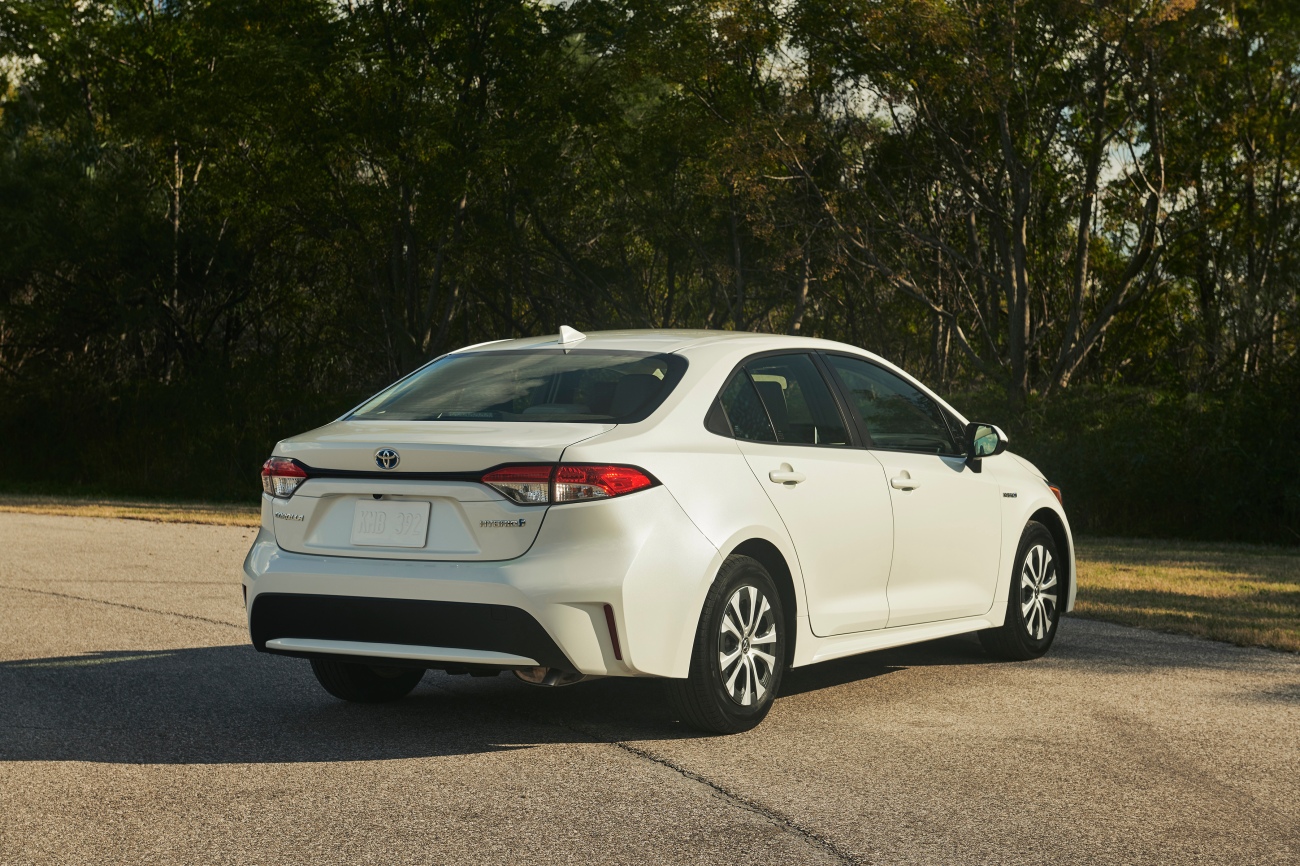