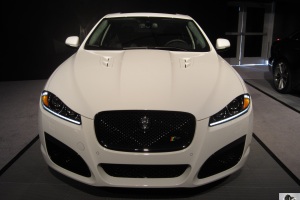 –Christopher Little Gillette Stadium is the perfect place to enjoy a sunny Autumn afternoon, but on this particular afternoon the Patriots were over 400 miles away in Baltimore.  The entertainment would instead be provided by a fleet of Jaguar’s 2013 model lineup.  The two-hour Jaguar ALIVE Driving Experience […]

Limited Slip Blog has been copied

Readers, It has come to our attention that some of our work has been copied without our consent and reposted on another blog.  The offending site, Rericars.com, uses a disclaimer on their “About” page that, “We gathered the images from google images search and from blog post, contact […]

-Christopher Little Let’s get this out of the way quickly.  Cute – it’s the word I heard most frequently when showing people the new Mini.  I suppose that, if you just saw it sitting there, you might think it is cute.  It may be just a Mini Cooper […] 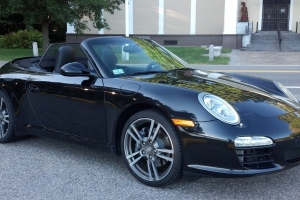 -Christopher Little Good things come to those who wait. And occasionally, those good things come while you’re on vacation. Such was the case last week when I found myself sitting behind the wheel of a Porsche 911 Black Edition Cabriolet. How did I get here? It started with […] 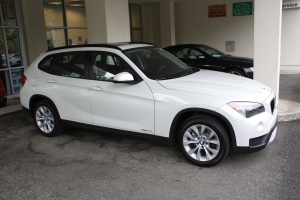 -Christopher Little Back when we were first introduced to the US-spec BMW X1 at the New York International Auto Show, I wasn’t so sure it would be a good idea.  After driving it, have I changed my mind?  Maybe.  I’m still not sure why someone in the market […]

The Audi A7 is regarded as one of the best looking four-door cars on the market today.  I believe this assessment to be true, regardless of how it drives.  Recently, I took one out for a relatively short spin.  Even with just a short ride, I can tell […]

A Day of the Ferrari Challenge Series

-Christopher Little Race tracks attract car enthusiasts.  Most of us can’t help but be drawn by the allure of pavement without a speed limit.  Maybe it’s the culture.  Perhaps it’s for the sights and sounds.  It may even be the copious consumption of fuel and tires.  Race tracks […]

A Farewell to TVR

-Christopher Little Another storied manufacturer has died.  This week, TVR became just another “Saab story” for automotive history.  TVR was a master integrating V8 power and tubular steel frames.  Beyond that, they managed to fit these platforms with stunningly beautifully and unique fiberglass bodies.  While many of these […]