Stuck in the Middle: 2015 Dodge Journey

Somewhere between the rotund Dodge Grand Caravan minivan and the robust Dodge Durango SUV lies the Dodge Journey. Launched in 2008 based on the Dodge Avenger, the crossover Journey attempts to draw the best qualities from its stablemates. A vehicle with the rugged good looks of the Durango and the efficiency and passenger-centric nature of the Grand Caravan would surely be a winner. This jack-of-all-trades approach delivered vehicle that can do many things, but exceeds expectations at none of them.

The Journey hasn’t been fully overhauled since its original debut. With only visual and technology updates over the years, it feels dated both inside and out. Dodge’s own website proclaims its “ring of fire” taillights as an exterior feature. They’re clearly stretching, especially since the Journey hasn’t earned the trademark LED treatment found on the Challenger, Charger, Dart, and Durango. Our tester, the mid-range Crossroad trim, featured gloss black grille trim and dark 19” wheels. The Journey’s low front end coupled with a long, high roofline gives it an uncanny resemblance to an engorged tick. Those proportions, however, do provide some benefit.

From the driver’s seat, the Journey has excellent visibility in all directions. The upright seating position, hip-high seat height, and large doors make it easy to get in and out. Additionally, the rear doors are capable of pivoting open a full 90 degrees, which aids loading cargo or unruly children provided there’s enough clearance to the next parked car. The third row seats are easily accessible by pulling a lever that simultaneously folds and slides the second row forward. When not needed, the third row seats fold flat and provide ample cargo space with a helpfully low loading height. Unfortunately, eight years of materials improvements are lost on the Journey. Hollow plastics, soft seats, and aging displays are a reminder of how long-in-the-tooth the bones of this Journey are. Dodge’s UConnect infotainment system is still one of the best interfaces in the business, and most of the car’s systems can be controlled through its singular display. 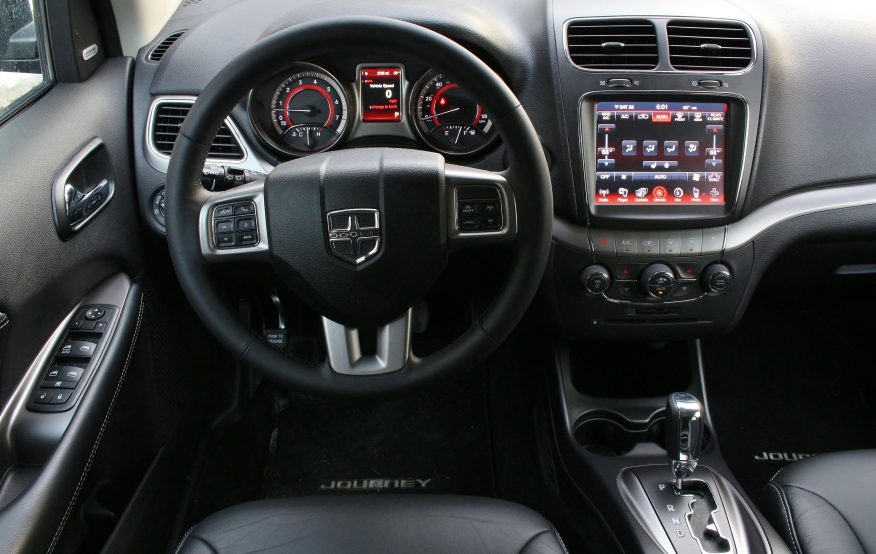 Dodge pairs the Journey with one of two engines and drivetrain configurations. A 2.4L four-cylinder is paired with a four-speed automatic and FWD. Optionally, a 3.6L six-cylinder provides power through a 6-speed automatic transmission with AWD. Our tester featured the V6, good for 283hp, powering all four wheels as needed. Like many crossovers, piloting the Journey is an unremarkable experience. It does as instructed in a very pedestrian fashion. Quiet, compliant, and steady, the Journey’s on-road demeanor can’t be faulted. Even in the occasional quick onramp, it’s difficult to unsettle the Journey into doing something uncomfortable. Dodge equips the Journey Crossroad with “performance suspension” that appears to have some benefit. It remains largely indifferent to driving style, performing its tasks with plodding, methodical execution. 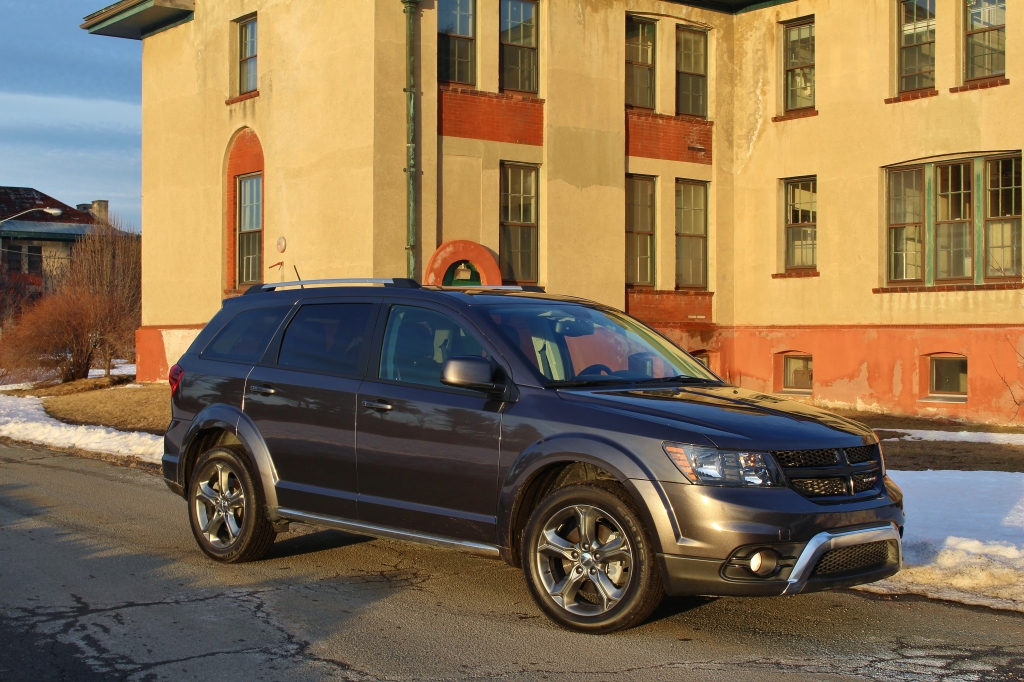 You can’t really fault anything the Journey does because it doesn’t do anything badly. It’s spacious, ergonomic, more efficient than an SUV, and dependable in all conditions. In many ways, it is immensely practical. Our tester arrived with the family man in mind, featuring a second row that tilts, slides, and has built-in child boosters. The Rear Seat Video group adds a 9-inch video screen to keep them occupied while you focus on driving. There’s even some hidden cargo compartments throughout the crossover to store any manor of in-car requirements. So in many ways, it’s much like the similarly priced Chrysler Town & Country we drove. Except it isn’t a minivan, which means it isn’t as good at being a mini-van. Not everyone has the budget for the Dodge Durango R/T we tested, but you can option out a V6-powered SXT with AWD for just about the same price as the Journey. With that, you get a newer platform, 8-speed transmission, and a 6,500 lbs towing capacity. So the Durango is better at being an SUV. That puts the Journey between a rock and a hard place.

Perhaps the biggest problem we have with the Journey is its image. Avoiding the apparent social stigma of being a minivan, but not earning the street cred of the burly Durango, it is the most invisible model in Dodge’s lineup. This is a brand that saw fit to drop a supercharged, 707hp V8 into a few of its cars. This is the brand that lets Richard Rawlings and an animated monkey admonish its owners for enjoying scones or listening to chamber music. This is the brand that presents itself as the transportation solution for the Hemi-crazed, rubber-burning, freedom-loving, red-blooded American. Where does a seven-passenger crossover fit into that narrative? It just doesn’t. 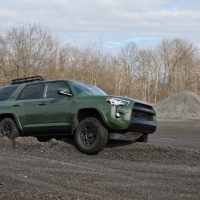