This story starts several years ago, with two college kids on Spring Break and a car they had no business driving. In March of 2011, a year before Limited Slip Blog became a reality, I was allowed to borrow a brand new sports car for a road trip to remember. Nearly 3,000 miles round-trip, Scott and I would spend a week traversing the Eastern seaboard; just two guys, 400 horsepower, and the open road. It was a trip we were looking to recreate 5 years on when we reached out to Porsche. Our first stop would be in Atlanta, GA, home of Porsche North America’s new corporate headquarters and the Porsche Experience Center. We wanted to stop in and check it out for ourselves. “Why don’t you bring one of our cars back to HQ for us?” they asked. This trip was shaping up to be as memorable as the last. 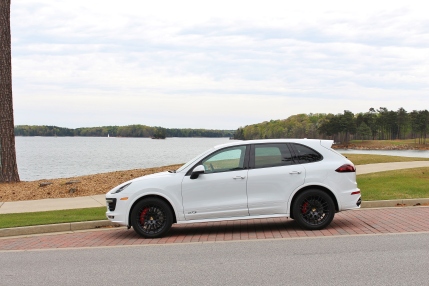 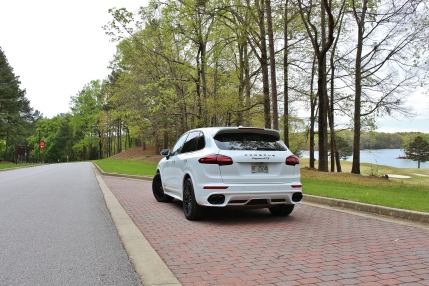 The Porsche Cayenne has been a figurative trail-blazer for Porsche. The idea of a Porsche SUV and the early success of the luxury sport utility vehicle lead the way to a brave new Porsche lineup. Suddenly a Porsche sedan and a Porsche CUV didn’t seem that far-fetched. And they certainly haven’t been non-profitable. The Cayenne has come a long way since its debut in 2002. Now in the later stages of the 2nd generation and visually refreshed for 2014, the current Cayenne is available with engine configurations ranging from the advanced Cayenne S e-hybrid to the ballistic Cayenne Turbo S. But if you ask any of the Porsche factory drivers, they consistently recommend only one trim level: GTS. The Cayenne GTS represents the best blend of performance and value. The GTS gets a host of performance upgrades, including the air suspension developed for the Turbo and Turbo S models. But the GTS’s twin-turbo V6 isn’t dialed up to 11 like Porsche’s capital-t Turbo models are known to be. It’s more relaxed and better suited for long-distance cruising.

The Carrara White Metallic GTS arrived lightly optioned for a Porsche and fitted with mud-and-snow winter tires. It was puzzling addition in April. In hindsight, we were glad to have them. The trip started out on dry pavement. By the time we reached the New Jersey boarder, it began to rain. Somewhere in Pennsylvania, the temperature began to drop. As soon as we began to ascend the Blue Ridge Mountains of Virginia, we experienced white-out conditions. To its credit, the Cayenne handled the changing conditions with only a minor fault – the adaptive cruise control sensor froze over. Temperatures rose and the Cayenne thawed as we descended into North Carolina. With temperatures back into the mid-forties, we could finally make some time.

The GTS gives up two cylinders but gains two turbochargers with a net result of 20 horsepower and 63 lb-ft torque more than before. With a nicely-rounded 440hp and 443 lb-ft torque from the 3.6-liter V6, the GTS is capable of running to 60mph in less than five seconds. On the highway, the Cayenne is a long-range bomber. Capable of cruising at high speeds in unparalleled comfort, miles drop away rapidly. The standard sport exhaust system doesn’t drone, even when enabled. But from a standing start, the GTS burbles aggressively on gear change. As a concession to retain towing capabilities, the Cayenne is the only Porsche not equipped with a dual-clutch PDK gearbox. Instead, an 8-speed Tiptronic S transmission does the job, and it does it well.

Porsche’s predictable interior, it varies only slightly between current models, is a wonderful place to spend 14 consecutive hours. The central array of buttons may be daunting to an outsider, but the console becomes second nature with a bit of exposure. It’s more cockpit than cabin, putting climate and chassis controls at the driver’s fingertips. The GTS seats come standard with alcantara inserts and optional 18-way adaptive sports seats are perfectly suited for long distance drives. With just about every adjustment you could wish for, it takes a bit of time to dial in the perfect seating position. Once you’ve found the sweep spot, you can run four hour stints without needing to stretch. Porsche’s SportDesign steering wheel is the gold standard of automotive input devices. It’s made for one job and one job only; steering. We would also be remiss not to mention the fact that the Cayenne is the only Porsche you can fit 4 adults, 2 golf bags, and 2 suitcases in without issue.

The Cayenne’s return home required over 1,000 miles of driving, but it takes less than a tenth of that to get a feel for how unique the GTS is. First off, it looks the part. Wearing the Turbo’s body kit and wheel arch expansions does wonders for the GTS’s curb appeal. Second, it acts the part. The lowered, sport-tuned springs and air suspension, sport exhaust, and power bump over the Cayenne S are all major enhancements. The platform that proved Porsche’s core principles could be imbued into something other than a sports car still continues to impress. It’s the only SUV we’ve ever driven that felt like a car. It simply doesn’t behave like an SUV, which made it all that much harder to return to sender.

Check out our exclusive look inside the Porsche Experience Center. 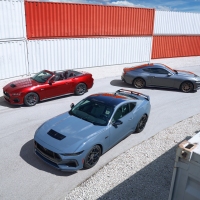 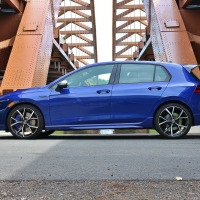