It’s hard to believe that the Honda Ridgeline has been with us since 2005. Back then it was a rather odd looking truck, or SUV with a bed…whichever you preferred. Now in its second generation, it’s still a unique offering that fits somewhere between the midsize truck and midsize SUV markets. What sets the Ridgeline apart? It’s a combination of things, but it can all be tied to Honda’s brilliant packaging. 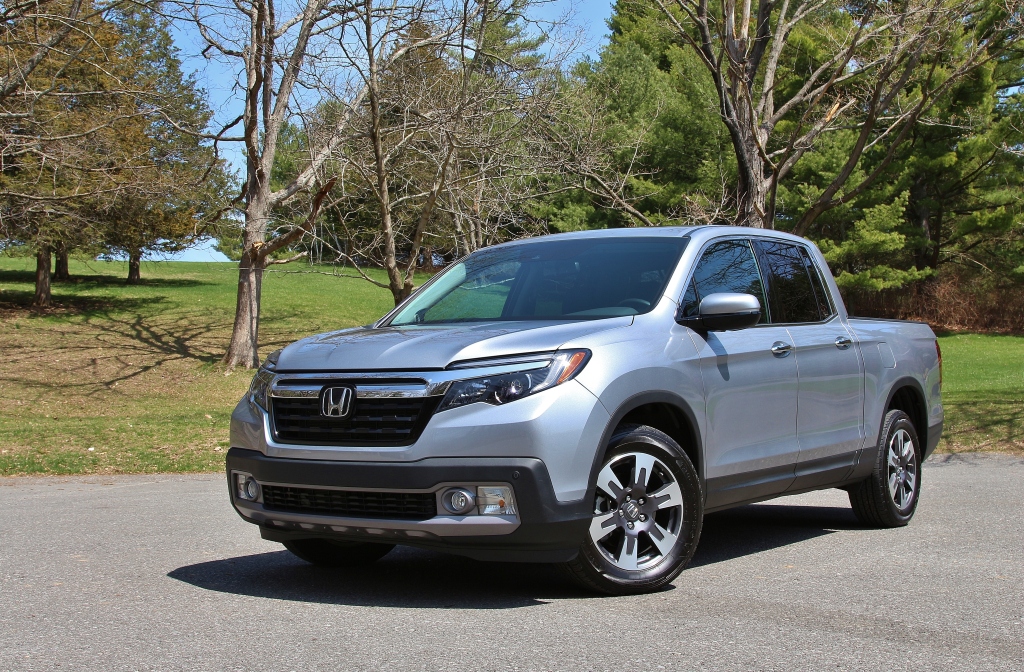 We drove a Ridgeline RTL-E back to our home base in Albany from the New York Auto Show. The drive would take us up through the Hudson Valley via the Taconic State Parkway. Ironically, the Pilot-cum-pickup truck is much more pedestrian looking than it used to be. It’s sure to attract more buyers who were put off by the previous trucks odd dimensions and proportions. Underneath, the Ridgeline shares its roots with the Pilot as well. However, most of the Ridgeline’s components are strengthened in order to tow more and haul more. To quote Hondas press release, the front end is strengthened by 17%, and the rear bed area is 31% stronger. Also in that press release were Hondas targets, the industry stalwarts of the Chevrolet Colorado and GMC Canyon, and the very much aged Nissan Frontier. The Ridgeline also allows a 1,584lb payload in the bed, which puts it competitively in the top end of that segment. What the others don’t have though, is a dual-action tailgate and an in-bed trunk. 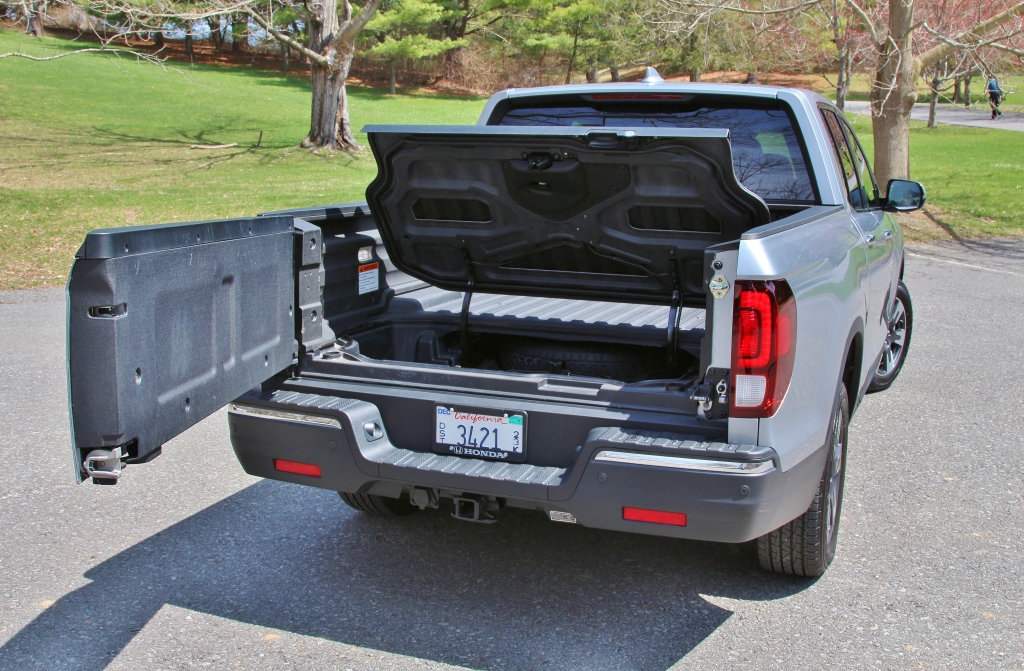 The Ridgeline is special in a few ways. You notice the flexibility that the package delivers. This is more truck than most people will ever need. The bonus of that is that you get the comfortable ride from a Pilot and the fuel economy of an SUV as well. With over 700 miles logged in our week with the Ridgeline, we averaged just less than 22mpg. Very impressive considering that we tested a GMC Canyon a couple years ago, and struggled to get out of the high teens. The other thing you notice is how composed the Ridgeline is as a daily driver. Honda totes that it’s the best vehicle in the class for NVH (noise, vibration and harshness) and it shows. From the cabin, you really won’t think you’re piloting a pickup. 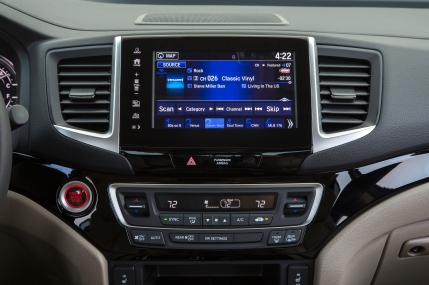 Along with the quietness inside, you find the standard high-level Honda interior like that on our RTL-E trim level. The only way to get higher trim level is to opt for the Black Edition which gives you – you guessed it – black accents. The navigation is laughably goofy looking, with its mid-2000s feel, and the lack of a volume knob is beyond annoying. The seats are comfortable, and the rear space is great, with a multi-configurable seat bottom arrangement. You can fold the cushions up and easily fit a 48” television box right behind the front seats with room to spare for the accompanying surround sound system. Interestingly, Honda LaneWatch isn’t standard on the Ridgeline. Our tester did, however, come with the novel in-bed speakers, so you can rock out wherever your Ridgeline takes you.

Available in front or all-wheel-drive configuration, the Ridgeline is solely powered by a 3.5L V6 with 280 horsepower and 262 lb.-ft of torque. All that power is routed through a 6 speed automatic transmission. It’s a rather uninspiring motor, but the Ridgeline moves out of its own way just fine. There are four drive modes, all selectable behind the transmission lever. They’re all part of the Intelligent Traction Management system, which can cycle through the Normal, Snow, Mud and Sand modes. All-wheel-drive Ridgelines feature a with a torque vectoring system to route power where it can be best utilized. One thing that isn’t selectable, however, is transmission gear. We found ourselves wishing to drop a gear or two more than once to execute passes on the Taconic State Parkway.

After a week with the Ridgeline, you become accustomed to the convenience of having a truck and SUV all in one. It’s more truck than 90% of people would ever need, and its ease of drivability and SUV-like proportions allow it to be an easy vehicle to become comfortable with. Whether you take the kids to school, blast some music from the in-bed speakers for a tailgate party, or tow a trailer, the Ridgeline is the do-it-all answer to the question that someone, somewhere once asked. Thankfully it’s back and better than ever.