Ford pulled out all the stops for the all-new Platinum Explorer. It sits atop Ford’s Explorer model lineup, a platform that delivers a trim level for all consumers. The Platinum combines the larger EcoBoost engine found in the Sport with luxury features and add-ons worthy of the over-$50k price tag. We’ve been waiting a long time to drive Ford’s newest, and first unibody, Explorer. Is this full-size SUV worthy of its luxury price tag?

The Platinum has a stately presence. Our tester also includes just about every option with the exception of the power-assist fold second row captain chairs and rear entertainment system. The 2016 Ford Explorer hasn’t undergone extensive change from its 2011 debut, but many small changes add up. The most notable changes, from a glance, are the new grille, LED headlights and fog lights. There’s nothing worse than having cameras and not being able to see out of them. This situation is especially true in the winters of Upstate New York. Ford has now included washers for both the forward-facing and rear cameras. 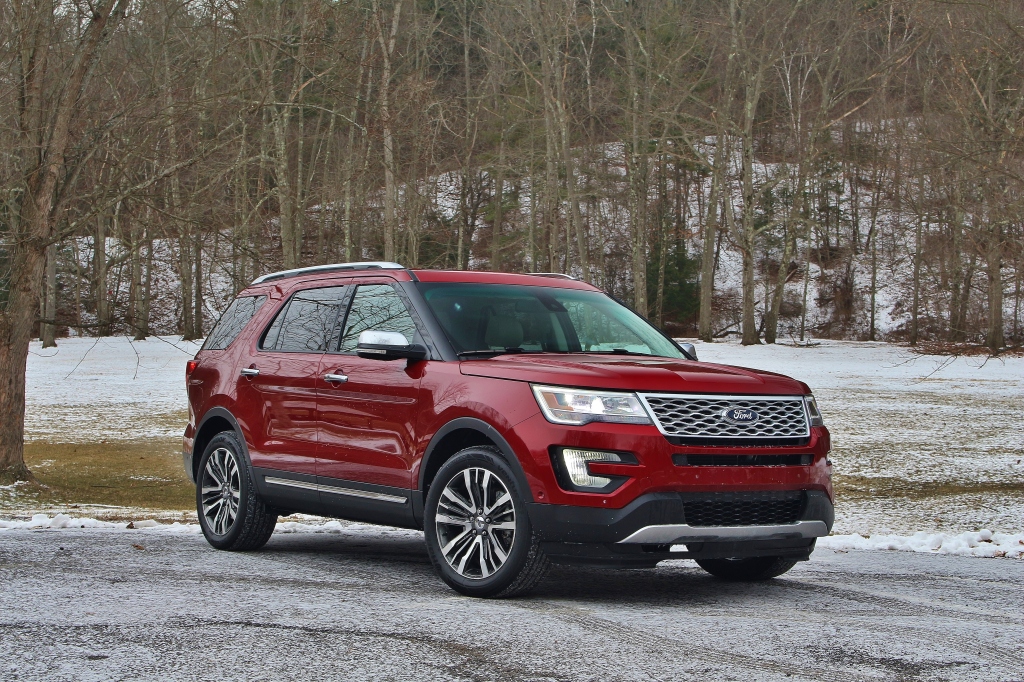 Ford outdid themselves with one of the most upscale interiors in its class. Unlike most cars nowadays, the Explorer Platinum is not filled with plastic. Instead you find leather, aluminum and wood. The best part is that they’re all genuine. The premium Sony audio system, which we’ve had in several of our Ford testers, does well by the Explorer Platinum as well. The MyFord Touch infotainment system has also had a few improvements, but Ford’s new SYNC 3 system will be a welcome addition come 2017. Let’s not forget one of the coolest features available on the Explorer Platinum, massaging front seats. They were certainly a treat, especially when used along with the heated seat feature. 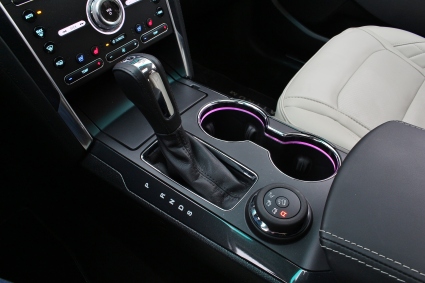 Part of me wondered why they didn’t make the 3.5 L V6 an engine option on the Limited trim. But if you want the responsiveness of the Sport and comfort of the Limited, the Platinum is the way to go. The 365 hp engine with 350 lb-ft of torque offers plenty of power and fun. You can go from 0 to 60 in about 6.3 seconds, which is pretty quick for a seven passenger SUV. It has softer steering than the Sport, but still very responsive. The suspension is also different; it’s more comfort oriented. It’s also worth mentioning that there’s not a hint of road noise in the cabin. The Explorer Platinum is rated by the EPA at 16 mpg city and 22 highway with a combined rating of 18. It’s on par with other full-size SUVs in this segment, but Ford sill pairs its EcoBoost V6 with a six speed automatic transmission. Now-a-days, that’s less than most.

It’s hard not to fall in love with this commodious, comfortable, and fast SUV. My time spent with the 2016 Ford Explorer Platinum was most pleasurable. The premium interior with upgraded leather, wood and aluminum create a relaxing environment. Ford stepped up to the plate and hit a triple. However, I think with the addition of the SYNC 3 and 8 or 9-speed transmission it can certainly be a home run.