Nearly a decade ago, a small team of Lexus engineers began transforming the rather sedate IS sedan into something…sporty. At the 2007 NAIAS, Lexus officially unveiled the founding F, the IS F, alongside the radical LF-A concept. We had the chance to drive the IS F before it […] 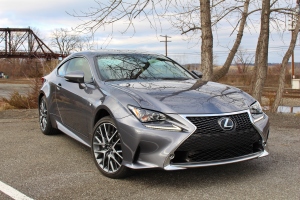 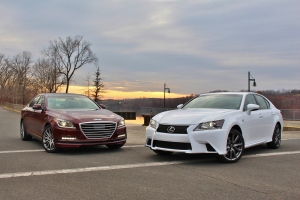 As we looked back on 2014, two sport sedans stood out as some of the best. The Lexus GS has made several appearances, both in GS350 AWD and GS450h forms, in the Limited Slip Blog garage. Luxury abounds in this Lexus. And with 306hp on tap, there’s plenty […]

Staking its claim in 1999 with the RX300, Lexus cornered the midsize luxury SUV market. For three generations, the RX has kept up with consumer demands. Today, there’s plenty of competition from the likes Acura, Audi, and Cadillac seeking to beat the Lexus RX at its own game. […]

The Lexus LX570 is like your grandmother’s parlor: big, leather-clad, and a bit dated. This luxury behemoth packs eight seats and eight cylinders on top of some serious 4×4 capabilities. Debuted in 2007 and refreshed in 2012, this third-generation LX570 is one of Lexus’ two remaining body-on-frame SUVs. […] 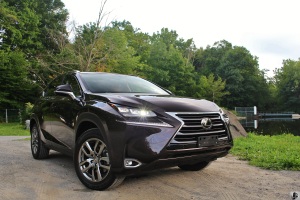 For a week in late August, Lexus afforded us the opportunity to be unique, nearly one-of-a-kind. We were the automotive equivalent of a unicorn. To the consumer, we’ve been talked about and reported on, but rarely seen in the wild. Our presence would have even confounded salesmen, had […] 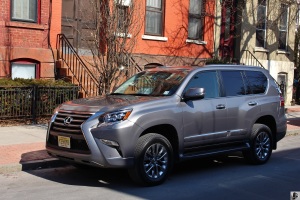 Body-on-frame SUVs are a dying breed; giant, inefficient dinosaurs of the open road. Unibody construction is in vogue. But we have a soft spot in our hears for the stalwarts of body-on-frame construction. This Lexus GX is one of them. Sharing many of its components with the Toyota […]